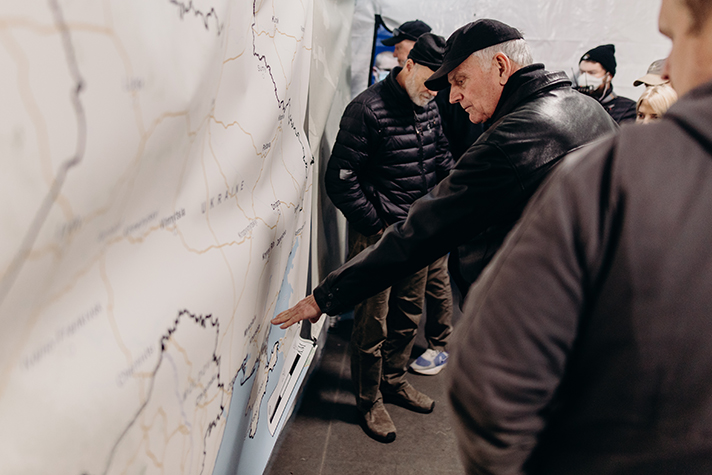 Franklin Graham is asking Christians around the world to pray over the situation in Ukraine, and for leaders on both sides of this tense, deadly conflict to consider a ceasefire through Orthodox Easter, April 24.

During his second visit to Ukraine in a month, Franklin Graham was struck by the gravity of the conflict there, and the dire situations millions of people now find themselves in.

“Each person has a story of devastation, heartbreak, and loss. You can see the pain on their faces,” he wrote on Facebook. “The people of Ukraine need our continued prayers and help.”

Billy Graham chaplains have been serving in locations across Ukraine, including Lviv—which has been a hub for people fleeing the country, as well as Southwest and Central Ukraine. Samaritan’s Purse has an emergency field hospital set up in Lviv and multiple medical clinics around the country.

Franklin Graham has also called for a 10-day ceasefire through April 24, which encompasses Easter observances worldwide.

“I am asking the Church worldwide to pray for the people of Ukraine,” he shared on Facebook. “And pray that God will work in the hearts of leaders and intervene to bring an end to the fighting.”

In response to Graham’s call for prayer over this nation, thousands of people responded on social media with their prayers for peace.

Will you also pray for an end to the fighting?

Help deploy chaplains to bring comfort and compassion to Ukrainians.