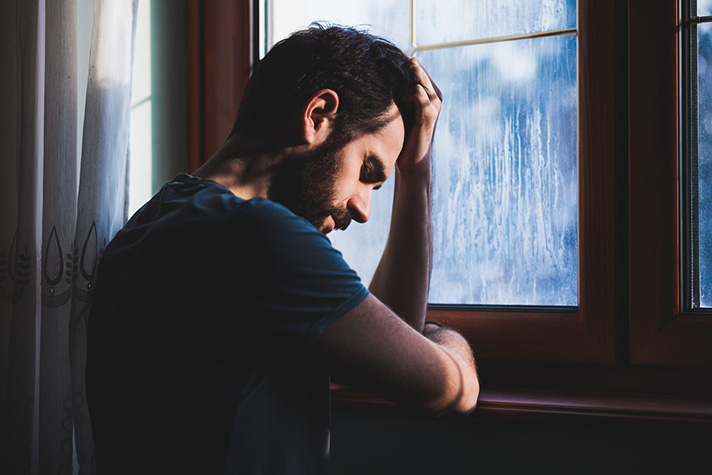 Think back over the past week. Have you told any “white lies”? Have you taken a quick glance at something that is off limits? Have you gossiped about a friend or slandered an enemy?

These are what we may call petty sins: impure thoughts, small twists of the truth to get your way, careless comments tossed out without a second thought. They may not seem like major issues. After all, you didn’t kill anybody or rob a bank.

However, the Bible tells us that God cares about petty sins, and those sins do matter.

In 1 Chronicles 21:1-17, we see a very interesting story that doesn’t seem like a life-or-death situation at first. David simply asked Joab, the head of his army, to take a census of all fighting men in Israel. Joab immediately recognised that this seemingly innocuous request was a questionable command (there were circumstances in which a census was allowed, but this didn’t fit the bill) and urged David against it. David ignored Joab’s concerns, however, and pushed forward with the tally. In doing so, he incurred God’s wrath and brought great destruction upon his nation.

What can we learn about sin from David’s tragic mistake?

Sin is evil: All sin, no matter how “insignificant,” is evil and adverse to God. In fact, verse one directly says that Satan was the driving force of David’s sin. A census seems so trivial to us. In fact, one could easily justify it as a necessary strategy in measuring the strength of David’s army. But it displeased God.

Similarly, we may justify our words, our actions, or even our inactions, but need to understand that sin is sin, and sin is evil. Whatever it is, it matters to God.

Sin can be traced back to pride: David counts the people presumably because he wants to see how successful he has been. He was prideful, which causes him to focus on his own human strength instead of his reliance on God. Pride is incredibly destructive. In fact, the Bible tells us that pride was the fall of Satan (Isaiah 14:12-17).

Our sins stem from pride, which causes us to believe we deserve something, or that we’re better than others. It removes us from the humility we should exemplify, and positions us into a dangerous place where sin can take hold.

2. Three months of David’s enemies triumphing over him and Israel

David chose three days of plague because he realised that it is better to be in God’s hands than in the hands of man. Seventy-thousand people died in Israel because of one seemingly insignificant sin.

There are always consequences, not only for the person committing the sin, but those around that person: Consider the young couple killed by the drunk driver, the family torn apart by adultery, the small business owner impacted by the theft in their store, or the little children exposed to the sins of those they are modelling. As Luke 8:17 says, “For nothing is secret that will not be revealed, nor anything hidden that will not be known and come to light” (NKJV). Sin will always be revealed, and the consequences are far reaching.

My friends, we live in a world that celebrates sin. In fact, according to our culture, if you do not rejoice in your sin, there’s something wrong with you. However, we are not called to live by the world, but by the Word. Do not take sin lightly. It is serious, no matter how small you might think it is. When you do fall, be like David, who recognised what he did, repented and sought forgiveness. We serve a merciful Father who is “faithful and just to forgive us our sins and to cleanse us from all unrighteousness” (1 John 1:9).

Your sins can be forgiven today. Visit PeaceWithGod.org.uk to take the first step and submit your life to Christ.

1 Now Satan stood up against Israel, and moved David to number Israel.

2 So David said to Joab and to the leaders of the people, “Go, number Israel from Beersheba to Dan, and bring the number of them to me that I may know it.”

3 And Joab answered, “May the Lord make His people a hundred times more than they are. But, my lord the king, are they not all my lord’s servants? Why then does my lord require this thing? Why should he be a cause of guilt in Israel?”

4 Nevertheless the king’s word prevailed against Joab. Therefore Joab departed and went throughout all Israel and came to Jerusalem.

6 But he did not count Levi and Benjamin among them, for the king’s word was abominable to Joab.

7 And God was displeased with this thing; therefore He struck Israel.

8 So David said to God, “I have sinned greatly, because I have done this thing; but now, I pray, take away the iniquity of Your servant, for I have done very foolishly.”

9 Then the Lord spoke to Gad, David’s seer, saying,

10 “Go and tell David, saying, ‘Thus says the Lord: I offer you three things; choose one of them for yourself, that I may do it to you.’”

11 So Gad came to David and said to him, “Thus says the Lord: ‘Choose for yourself,

12 either three years of famine, or three months to be defeated by your foes with the sword of your enemies overtaking you, or else for three days the sword of the Lord—the plague in the land, with the angel of the Lord destroying throughout all the territory of Israel.’ Now consider what answer I should take back to Him who sent me.”

14 So the Lord sent a plague upon Israel, and seventy thousand men of Israel fell.

15 And God sent an angel to Jerusalem to destroy it. As he was destroying, the Lord looked and relented of the disaster, and said to the angel who was destroying, “It is enough; now restrain your hand.” And the angel of the Lord stood by the threshing floor of Ornan the Jebusite.

16 Then David lifted his eyes and saw the angel of the Lord standing between earth and heaven, having in his hand a drawn sword stretched out over Jerusalem. So David and the elders, clothed in sackcloth, fell on their faces.

17 And David said to God, “Was it not I who commanded the people to be numbered? I am the one who has sinned and done evil indeed; but these sheep, what have they done? Let Your hand, I pray, O Lord my God, be against me and my father’s house, but not against Your people that they should be plagued.”