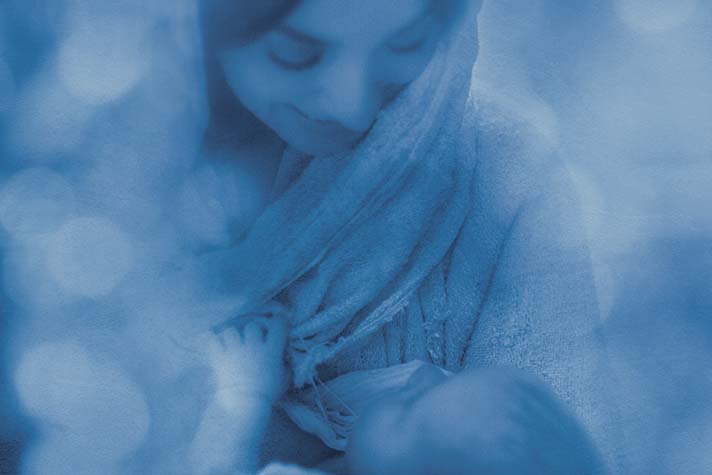 The people we see in the Christmas story experienced things that were never seen before and have not been seen since. In this time of Advent, we’ll look at some of these Bible characters, studying their responses to the birth of the Messiah and how to apply lessons from each to our lives today.

The following is taken from Will Graham’s book, In the Presence of the King.

It’s hard not to be intrigued and impressed by Mary. She was just a teenager, some estimates say between 13 and 16 years old, when an angel appeared to her. I can just imagine how a teen today would have reacted if an angel of the Lord showed up in their room. My guess is that the immediate response would be fear, screams or crying. The sheer overwhelming nature of the experience would be enough to cause that reaction.

However, when the angel appears and brings a joyful message—“Rejoice, highly favoured one, the Lord is with you; blessed are you among women!”—the Bible says that Mary was “troubled.” The angel even encouraged her with, “Do not be afraid.”

One would expect that Mary would struggle with this revelation and abrupt change in her life’s path. After all, things seemed to be going okay. She was even engaged to a man named Joseph, but now she would be the gossip of the town. A scandal like an unwed pregnancy would not go unnoticed, and answering the critics by saying that an angel visited her would likely cause more questions than answers.

But Mary was clearly no normal teenager!

After her initial response, Mary embraces her calling as the earthly mother of Jesus. In what is called “The Song of Mary” (Luke 1:46-55), we see a young woman who considers herself blessed, who rejoices!

Of course, the story doesn’t end there, and things don’t get any easier. Mary, at the end of her pregnancy, must endure the trip from Nazareth to Bethlehem, at the end of which she delivers the Christ child in a manger.

Was she bitter? Did she shout at God, “You did this to me, and now you can’t even give me a decent place to give birth? Not even one room?”

No, as she held her child, the Son of God, the Prince of Peace, Emmanuel, she pondered all that had taken place, keeping it in her heart.

As you enter this Advent season, maybe this year hasn’t gone how you planned. Maybe you expected your life to be much different than it is. Perhaps you’re even mad at God and blame Him for your circumstances.

If so, it’s okay to be troubled, but I invite you to do as Mary did, and rejoice in the midst of your pain. Lay it all at the feet of the One who came to save you, whose birth we celebrate. Despite the struggles, Mary considered herself blessed because of what God did for her, and you can too as you ponder how He has blessed you.

Discussion Questions: In what ways has the past year been a struggle? How have you seen God work through your situation? Are you able to worship Jesus in the midst of the challenges?

Prayer: Dear God, Thank you for the gift of Your Son, Jesus, and for the hope that He gives us. Even when our lives take difficult or unexpected turns, we can still find our joy and peace in You. In Jesus’ Name, Amen.

26 Now in the sixth month the angel Gabriel was sent by God to a city of Galilee named Nazareth, 27 to a virgin betrothed to a man whose name was Joseph, of the house of David. The virgin’s name was Mary. 28 And having come in, the angel said to her, “Rejoice, highly favoured one, the Lord is with you; blessed are you among women!”

29 But when she saw him, she was troubled at his saying, and considered what manner of greeting this was. 30 Then the angel said to her, “Do not be afraid, Mary, for you have found favour with God. 31 And behold, you will conceive in your womb and bring forth a Son, and shall call His name Jesus. 32 He will be great, and will be called the Son of the Highest; and the Lord God will give Him the throne of His father David. 33 And He will reign over the house of Jacob forever, and of His kingdom there will be no end.”

35 And the angel answered and said to her, “The Holy Spirit will come upon you, and the power of the Highest will overshadow you; therefore, also, that Holy One who is to be born will be called the Son of God. 36 Now indeed, Elizabeth your relative has also conceived a son in her old age; and this is now the sixth month for her who was called barren.

“My soul magnifies the Lord,
47 And my spirit has rejoiced in God my Saviour.
48 For He has regarded the lowly state of His maidservant;
For behold, henceforth all generations will call me blessed.
49 For He who is mighty has done great things for me,
And holy is His name.
50 And His mercy is on those who fear Him
From generation to generation.
51 He has shown strength with His arm;
He has scattered the proud in the imagination of their hearts.
52 He has put down the mighty from their thrones,
And exalted the lowly.
53 He has filled the hungry with good things,
And the rich He has sent away empty.
54 He has helped His servant Israel,
In remembrance of His mercy,
55 As He spoke to our fathers,
To Abraham and to his seed forever.”

2 And it came to pass in those days that a decree went out from Caesar Augustus that all the world should be registered. 2 This census first took place while Quirinius was governing Syria. 3 So all went to be registered, everyone to his own city.

4 Joseph also went up from Galilee, out of the city of Nazareth, into Judea, to the city of David, which is called Bethlehem, because he was of the house and lineage of David, 5 to be registered with Mary, his betrothed wife, who was with child. 6 So it was, that while they were there, the days were completed for her to be delivered. 7 And she brought forth her firstborn Son, and wrapped Him in swaddling cloths, and laid Him in a manger, because there was no room for them in the inn.

19 But Mary kept all these things and pondered them in her heart. 20 Then the shepherds returned, glorifying and praising God for all the things that they had heard and seen, as it was told them.