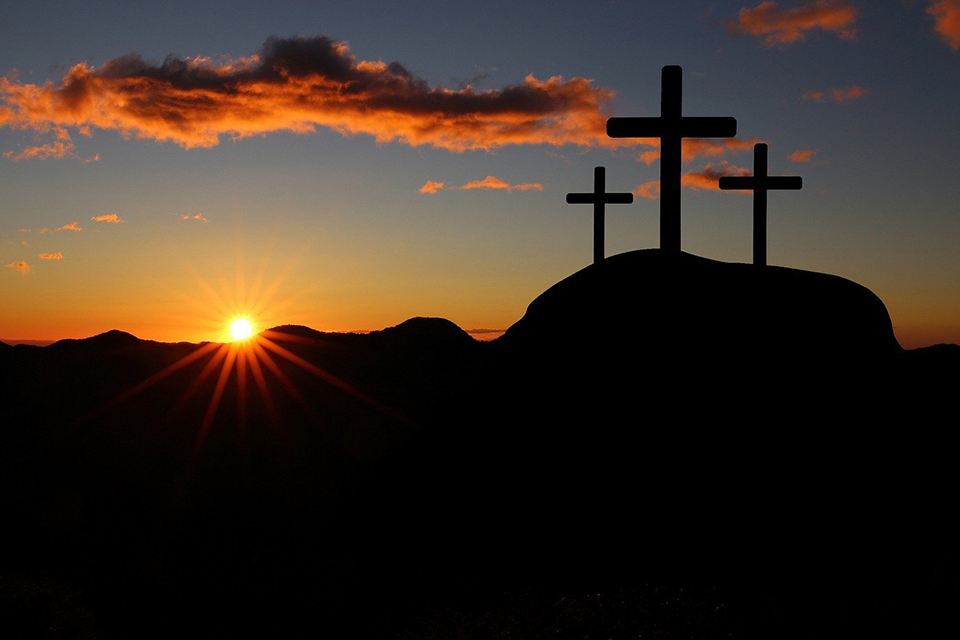 “For the message of the cross is foolishness to those who are perishing, but to us who are being saved it is the power of God.”
—1 Corinthians 1:18

During his six-plus decades of ministry, Billy Graham fielded many, many faith-based questions. But one that stood out to him—and maybe one you’ve asked yourself—is this:

Why did Jesus have to die?

The crucifixion of Jesus Christ was a brutal, ghastly endeavour that cost God the Son everything, most of all temporary access to God the Father.

And yet Jesus did it voluntarily. He did it because we couldn’t. He did it to show every single human being the infinite reach of His love and the freedom that comes with our surrender. He did it to defeat death and establish His kingdom.

To fully understand why Jesus willingly walked that painful path to crucifixion, let’s go back to the beginning.

When God created people in His image, He called them “very good” (Genesis 1:31). But the human heart, lured by God’s enemy, Satan, turned toward rebellion (Genesis 3). From that point forward, humans struggled with their own sin before a just and holy God. In that same 1958 sermon, Graham said, “God is a holy and righteous and pure God. He cannot even look upon evil.”

Theologian John Piper wrote in 50 Reasons Why Jesus Came to Die, “[Our sin] makes us guilty before God so that we are under His just condemnation and it makes us ugly in our behaviour so that we disfigure the image of God we were meant to display. It damns us with guilt and it enslaves us to lovelessness. The blood of Jesus frees us from both miseries.”

Jesus, fully God and fully man, lived a sinless life. His perfect existence from womb to tomb paved the way for believers to reach God the Father (John 14:6). Without Jesus, we remain separated from God.

“[Jesus] could surrender His will, and suffer and die, because He was man; and He could do it perfectly because He was God,” C.S. Lewis wrote in Mere Christianity. “You and I can go through this process only if God does it in us; but God can do it only if He becomes man.

If you’re tempted to think the Son of God had an easy time staying sinless on earth, think again. He was fully God and fully man. Temptation comes custom. What stumps you may not bother another person. So the temptation Jesus endured was some next-level stuff. He understands whatever we’re going through. Piper wrote, “A lifetime of temptation climaxing in spectacular abuse and abandonment gave Jesus an unparalleled ability to sympathize with tempted and suffering people.”

“We cannot share God’s dying unless God dies; and He cannot die except by being a man. That is the sense in which He pays our debt, and suffers for us what He Himself need not suffer at all.”

That pivotal day at Calvary was brutal, but not without purpose.

“Every act of treachery and brutality against Jesus was sinful and evil. But God was in it,” Piper writes. “The Bible says, ‘Jesus [was] delivered up [to death] according to the definite plan and foreknowledge of God’ (Acts 2:23). The lash on his back, the thorns on his head, the spit on his cheek, the bruises on his face, the nails in his hands, the spear in his side, the scorn of rulers, the betrayal of his friend, the desertion by his disciples—these were all the result of sin, and all designed by God to destroy the power of sin.”

As the perfect Son of God took on our sin, He suffered on every level. For the first time in His being, and after 33 years on planet Earth, Jesus experienced separation from God His Father.

“That sunshine of God’s countenance that has cheered many a dying saint was withdrawn from Christ; the consciousness of acceptance with God, which has made many a holy man espouse the cross with joy was not afforded to our Redeemer, and therefore he suffered in thick darkness of mental agony,” Charles Spurgeon once shared in 1858.

Through the agonizing pain, Jesus never fought back. He didn’t protest. His profound love for us kept Him on that cross and fuelled Him to endure the horrors of his death.

Seems like a raw deal for Jesus, right? Live a perfect life only to suffer and die in such a tortuous way. But the Son of God knew there was no other way.

“The shadow of the cross was before Him all the time,” Billy Graham said. “He knew that He had to go to the cross to pay for our sins if we were to be saved.”

The Bible tells us, “For it is by grace you have been saved, through faith—and this is not from yourselves, it is the gift of God not by works, so that no one can boast. For we are God’s handiwork, created in Christ Jesus to do good works, which God prepared in advance for us to do” (Ephesians 2:8-10).

We cannot save ourselves. On our own we are powerless against the evil in this world. Our self-produced good deeds, our attempt at righteousness is nothing but “filthy rags” (Isaiah 64:6). Isaiah 53:5 prophetically states, “[Jesus] was pierced for our rebellion, crushed for our sins. He was beaten so we could be whole. He was whipped so we could be healed.”

Evil could not triumph over Jesus. Neither will it have the last word over those who call Him Lord and Saviour.

“This is why Jesus came to die,” Piper wrote. “God meant to show the world that there is no sin and no evil too great that God cannot bring from it everlasting righteousness and joy. The very suffering that we caused became the hope of our salvation.”

Will you accept Jesus’ sacrifice for you on the cross?