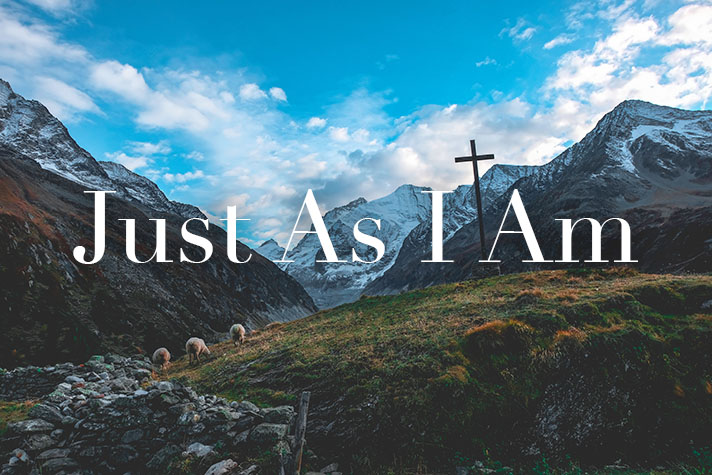 This year, the Billy Graham Evangelistic Association’s summer series is taking a look at five popular hymns sung at Billy Graham Crusades—and how those songs fit into our lives today. Known as the signature song of the Crusades, “Just As I Am” is the final hymn in our series.

Just as I am, without one plea
But that Thy blood was shed for me
And that Thou bid’st me come to Thee
O Lamb of God, I come! I come

How many times have you sat in church feeling the urge to surrender your life to Christ?

The pastor has shared a pivotal message and the Holy Spirit is tugging on your heart, compelling you to walk up front in response. But, you hesitate.

The aisle seems miles long and you chide yourself for not being good enough to come before the throne of God. Doubt and fear creep into your mind, making you feel unworthy. Even if you repent now, you know you’ll fail later.

You’ve been told you don’t have to be “better” before placing your hope in the Almighty; you simply have to come. Torn between the acceptance of God and man, your life depends on one decision: trust. Do you really believe God is who He says He is?

After suffering from a serious illness that caused her to be disabled, Elliott felt purposeless and depressed while watching others constantly serve the kingdom of God. To combat those feelings, the British woman began to write out the reasons she trusted the Lord.

That list was the start of “Just As I Am,” which would later become one of the most popular hymns of all time and the classic ending for altar calls at Billy Graham Crusades.

Maybe you, too, can be assured of God’s promises by opening your heart to the lyrics of “Just As I Am.”

O Lamb of God, I Come

Throughout the Bible, we see people who had an open invitation to follow God. Some of their journeys look different than ours: Moses kicked off his sandals as he encountered God through a burning bush, and Isaiah cried out from his uncleanliness during a vision of God’s throne. In both cases, we see the humility of sinful man before a holy God. 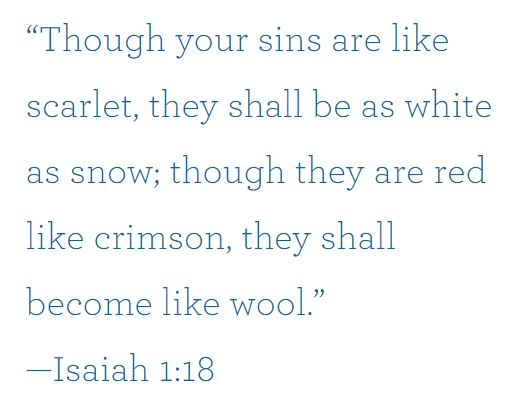 As Elliott penned “Just As I Am,” she recognised her flaws: illness, conflicts, doubts and fears. Even so, God loved and accepted her just as she was.

According to How Sweet the Sound, a book by Billy Graham’s longtime Crusade soloist George Beverly Shea, Mr. Graham once explained that “we have ‘no plea’—no claim on God’s love or forgiveness—except that Jesus shed His innocent blood to reconcile us to His Father.” There’s nothing we can do to earn salvation or freedom from sin; we simply must receive it through the grace and mercy of Jesus Christ’s death and resurrection.

Ironically, we live in a world that screams for acceptance through careers, social media and peers, but we often have difficulty receiving acceptance from a Saviour.

Like trying to stubbornly wipe a dirty stain off a favourite shirt, we attempt to fix our own problems, wanting to appear better than we actually are. We forget that God created us in His own image and doesn’t desire our good intentions, but the very hearts that He designed.

Indeed, as the song “Just As I Am” says, He let us be “poor, wretched, blind,” that He may become all we need, giving us “sight, riches, healing of the mind.”

Ninety-nine years after Elliott wrote “Just As I Am,” a teenage farm boy heard the hymn while attending a revival. He then stepped forward in surrender to God while another hymn, “Almost Persuaded, Now to Believe,” was sung.

That man was Billy Graham, who would eventually select “Just As I Am” to play during his Gospel invitations. Chosen for its lyrics of response, “O Lamb of God, I come,” and strong Biblical basis, Graham believed the Crusade hymn reflected the choice to follow God. His autobiography would later be named Just As I Am.

Similarly, an 18-year-old George Beverly Shea came forward to accept Christ after repeatedly singing “Just As I Am” during a special week of evangelistic meetings. “I could hardly wait to stand with the congregation and sing ‘Just As I Am,’” he said. “I could sing and comfort my heart, which was so convicted, rather than make that public confession. I was satisfied just to sing and not go forward.” However, that Friday evening, Shea did move forward, placing his hope in Christ alone.

More Than an Emotion

In the 1960’s, as thousands were responding to the Gospel at Billy Graham Crusades, the media reported it was due to “Just As I Am” playing on the crowds’ emotions during the altar call. While certainly the forthcoming lyrics and gentle melody are comforting to one’s mind, Billy Graham wanted to prove it was the Holy Spirit doing the work.

After praying through the situation and consulting with his music leader, Cliff Barrows, they decided to skip the hymn during his 1966 Crusade in London. For 30 nights, not a single note of the signature Crusade hymn was sung or played, but people still silently came forward.

“When the reporters began to write about the invitation at Earl’s Court, they said that all they heard was a shuffling of feet on the floor,” Barrows recalled. “‘Bring back Just as I Am! The silence is killing us!’ they wrote.”

The key to a Gospel invitation is not within “Just As I Am” or any other hymn, but in the promises of God and power of the Holy Spirit. God’s love doesn’t change to the beat of a song, but is an unconditional, steady rhythm flowing through our hearts.

All we have to do is come to Him, just as we are.

Watch a clip of Billy Graham’s Crusades through the decades. Although the crowd and arenas may have changed, “Just As I Am” was continually sung: