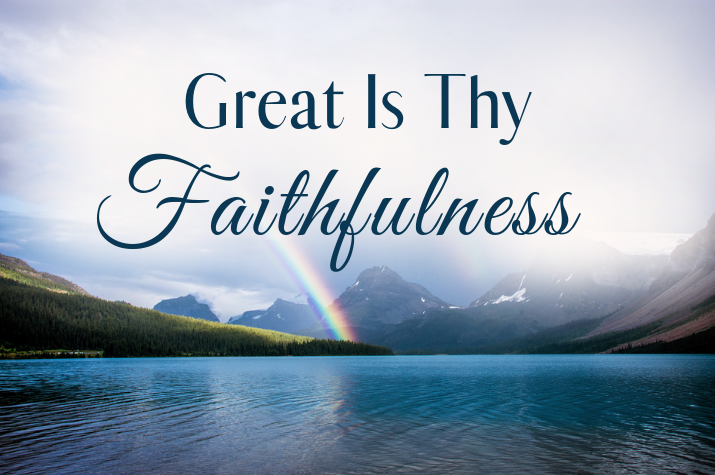 Over the past few summers, the Billy Graham Evangelistic Association has run a series of spiritual growth articles we call the Summer Soul Refresher. This year, we’re taking a look at five popular hymns sung at Billy Graham Crusades—and how those songs fit into our lives today. This is part 1.

Great is Thy faithfulness, O God my Father.
There is no shadow of turning with Thee.
Thou changest not,
Thy compassions they fail not.
As Thou hast been Thou forever will be.

We’ve all been disappointed. Maybe you’ve even doubted God’s affection toward you or been angry that things aren’t the way they’re supposed to be. When is God going to step up and make it right?

Thomas Chisholm was 27 years old when he penned this hymn. He was a sickly man whose favourite Bible passage is found in Lamentations—the part that ends in “great is thy faithfulness” (KJV). 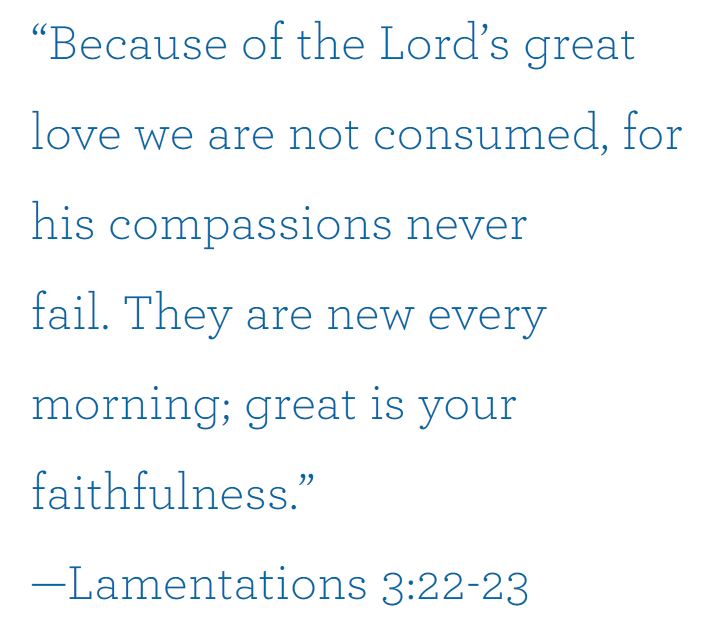 Chisholm had plenty of reasons to be discouraged throughout his years of poor health. And yet, this song is a testament to the way God carried him—and carries us—through life’s hard places.

It’s a reminder that we aren’t forgotten. That God is consistent. That He provides “strength for today and bright hope for tomorrow.”

“Time after time,” Billy Graham once said, “the Bible turns our attention to God’s faithfulness and the supernatural life he works in us through the power of the Holy Spirit.”

Here’s just a sampling of God’s unwavering devotion found throughout the Bible:

Admittedly, the Almighty’s constant loyalty can slip past our radar and go completely unnoticed. His faithfulness toward us isn’t always expressed in some big, saved-from-the-furnace display, and in our own inward focus, we can miss the many, little ways He stays true.

Composer and author Greg Scheer once said of Chisholm’s famous song: “The hymn reminds us that God doesn’t only work in dramatic or miraculous ways, but also in simple, everyday ways. It also reminds us that Jesus has never failed us in the past, so we have no reason to doubt his faithfulness in the future.”

Whether you’re facing disappointment with a job, spouse, child, test results or some other big letdown, don’t let it leave you jaded and cynical toward God. Sometimes difficult situations can cloud the rich blessings in our lives, yet over and over, God pulls through.

Maybe not in the way you think He should, but in His omniscient God kind of way.

All I have needed Thy hand hath provided
Great is Thy faithfulness
Lord unto me.

Thomas Chisholm was born in Franklin, Kentucky, in 1866, and—like Billy Graham—spent much of his boyhood on a farm. He wrote 1,220 poems over the course of his life, often sharing them with friends. This particular one inspired by Lamentations was written to a friend who put the words to music.

“Great Is Thy Faithfulness” was published in 1923, but didn’t start rising in popularity until the 1950s. Canadian bass-baritone George Beverly Shea often sang it at Billy Graham Crusades.

Watch CeCe Winans and her mother Delores sing the hymn at a 1996 Minneapolis Crusade: