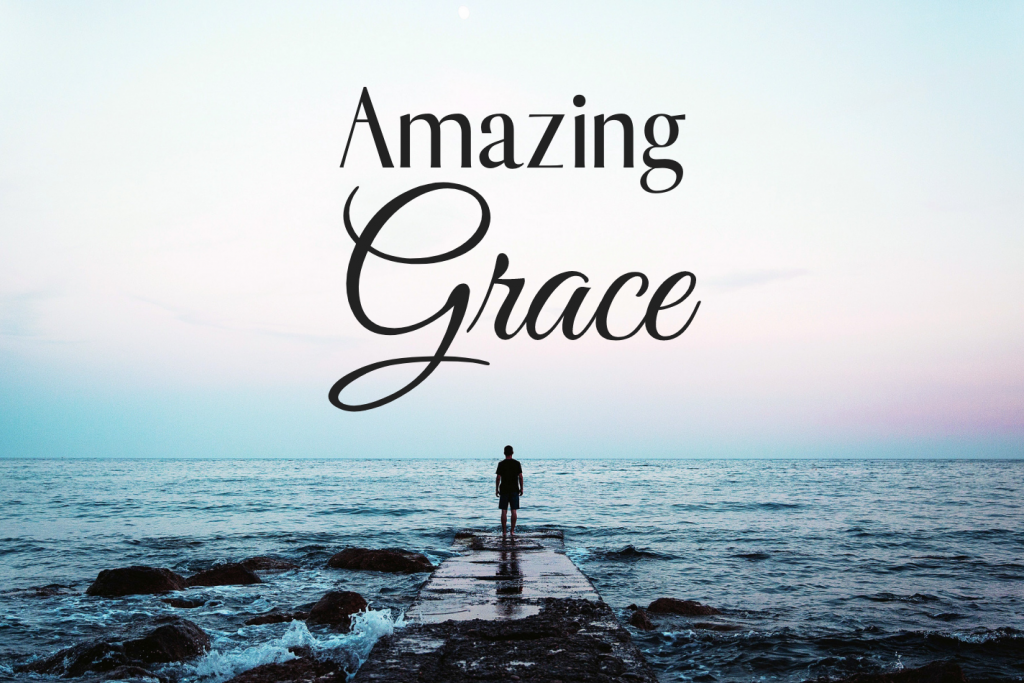 Over the past few summers, the Billy Graham Evangelistic Association has run a series of spiritual growth articles we call the Summer Soul Refresher. This year, we’re taking a look at five popular hymns sung at Billy Graham Crusades—and how those songs fit into our lives today. This is part 2.

Amazing grace, how sweet the sound,
That saved a wretch like me.
I once was lost, but now am found,
Was blind, but now I see.

An eye for an eye; a tooth for a tooth. We live in a world where many believe you should get what you deserve.

But in God’s eyes, we’d all be in trouble if this were true. As an extension of His love, the Lord chooses to show grace and mercy toward those who trust in Him. And without this, mankind is lost in a sea of sin.

You’ve probably heard “grace” described as God’s unmerited favour. This common definition is accurate, but a deeper study into the word reveals grace as a gift that embodies the entire relationship between God and man.

Think of yourself staring out into the ocean. Its span and depth seem endless. This is much like God’s grace for those who love Him—its limits are boundless, unsearchable, incomprehensible, yet always present. Just as you couldn’t refill the waves of the Atlantic, you can’t earn or pay back grace. You simply receive it, and do your best to never take it for granted.

There’s another song that says, “If grace is an ocean, we’re all sinking.” How true.

And it’s probably no accident that John Newton, the original author of “Amazing Grace,” was out at sea when he gained inspiration for the song. The “hour” Newton wrote about in “Amazing Grace” happened aboard that ship in 1748:

’Twas grace that taught my heart to fear,
And grace my fears relieved;
How precious did that grace appear
The hour I first believed.

Genesis 6:8 is the first of hundreds of times grace is mentioned in the Bible: “But Noah found grace in the eyes of the Lord.”

At this time, when God looked at the earth, He didn’t like what He saw. It was full of wickedness; the state of mankind “grieved” God’s heart, according to Scripture. But then God looked at Noah’s life and spared him and his family.

In this Scripture, the word grace means “to bend or stoop in kindness to an inferior.” God, being infinitely greater than us, bends down to our level, meeting us where we are in our time of need.

Noah found favour with the Lord. And this same favour is available to you today, despite all that’s happening in the world or in your life.

grace: (noun) – The unmerited or undeserving favour of God.

Billy Graham had much to say about the grace of God.

“God’s grace sustains us every moment of the day, and without His grace we couldn’t even exist,” Mr. Graham once wrote. “We think we have control of our lives—but if it weren’t for God’s grace, we wouldn’t even be alive.”

“Because we deserve nothing but judgement and death,” Billy Graham continued. “We have ignored God and turned our backs on Him and refused to live the way He wants us to. … And yet in spite of our sin and rebellion, God still loves us and sustains us by His grace.”

Maybe you’ve messed up a time or two or 20 recently. The enemy wants you to believe that you aren’t good enough to be forgiven—that you’re unlovable because of what you’ve done. But as 2 Corinthians 12:9 reminds us, God’s grace is sufficient. When we are weak, His power makes us strong.

A rebellious seaman from England, John Newton found himself escaping death again and again. Once, he was thrown from a horse and almost impaled by sharp stakes. Another time, he arrived too late to board a vessel that later overturned, killing all its passengers.

But it wasn’t until March 21, 1748 when Newton realised his lucky streak was actually God’s protection. Newton was aboard a slave ship when the vessel hit a violent storm off the coast of Ireland. Seeing no end in sight, Newton cried out, “The Lord have mercy upon us!”

The ship made it through the storm and, after some repair, to its final destination. Newton called the experience his “great deliverance.” He stepped ashore a new believer in Christ, but making a full lifestyle change proved to be a process. Newton took on slave trading as a profession, and it wasn’t until 1754 that he abandoned the slave trade and seafaring to wholeheartedly devote his life to God.

Newton saw his life as evidence that no sin is too great for God’s forgiveness. Accept this amazing grace today.