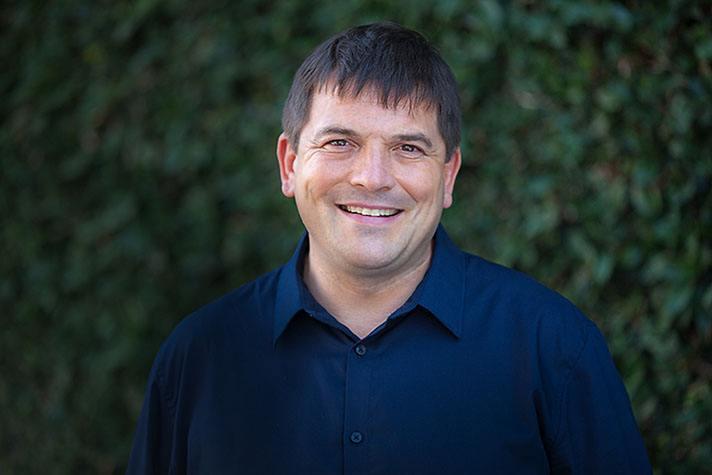 Today, pastors who stand for Biblical truth regarding homosexuality may find themselves facing hard choices about whether or not to remain in positions that could compromise their obedience to God’s Word. Rico Tice, senior minister for evangelism at All Souls, Langham Place, has experienced this challenge. But here’s why this pastor says going against the liberal culture is both necessary and worth the cost.

Q: Tell us about your decision last summer to resign from the archbishop of Canterbury’s evangelism task group.

Before I resigned, I had a long chat with him. I asked him to stop what he is doing. He said, “I’m not stopping.”

Q: What would the consequences have been if you had stayed in the evangelism group?

A: I was convinced that the Spirit would depart from my ministry if I didn’t stay faithful to the Word. Unless the Lord builds the house, we labour in vain (see Psalm 127:1).

Think of the cost if your ministry loses its power. If we don’t speak up and remain faithful, the price we pay, I fear, is that the Holy Spirit will leave our ministries. Look at 2 Corinthians 4:1-6. We see the heart of the Gospel in verse 5: “We preach … Jesus Christ as Lord.”

It’s a bit dangerous to say the heart of the Gospel is that Jesus died for my sin. He did do that, but if I just stay with that, I won’t be repenting of my sin, and clearly I must, if Jesus is Lord.

That’s what I see happening in Britain. Liberal churches are empty. That’s a reflection of the fact that the person in the pulpit has lost confidence in the Word of God and is upholding a different religion.

Q: In what ways are liberal pastors distorting the Word of God?

A: The two areas, it seems to me, are wrath and repentance. Essentially, they say you can do as you please and you can think as you please.

The real problem with sin is not just that it has messed up my life, but that it makes God angry. And the only thing that will assuage it is that the Lord Jesus takes that wrath into Himself as our substitute.

And then repentance, which means being for what Jesus is for and against what He is against. When I preach repentance—when I call people to stop and turn from sin—the key is that the Spirit regenerates them and gives them the desire to repent. They want to repent because the work of regeneration has happened.

Anyone coming to faith is totally dependent on the Spirit. Unless He does the miracle, no one is going to be converted. So what are we doing by not remaining faithful?

Q: How have liberals reacted to your stand?

A: A secondary school has refused to have me speak there. So I know that I’m going to be “no-platformed” by various people.

But as upsetting as it was that this school’s headmistress said the invitation was withdrawn, on the other hand I rejoice, because I think: “Woe to you,” Luke 6:26, “when everyone speaks well of you.” What would really worry me is not having the Spirit as I stand to speak.

Q: What would you say to pastors who are reluctant to call out sins like this?

A: I’d say be very careful. Jeremiah tells us that if you are not speaking out, it is because you want to feed yourselves. The motivation for not speaking is self-interest.

Second, remember Achan’s sin in Joshua 7:12. Because of one man’s sin, God leaves the people. So we’ve got to see the corporate aspect of sin. The threat comes again in Revelation 2:5, where God tells the church at Ephesus, “If you do not repent, I will … remove your lampstand.”

The Lord will honor those who are found faithful. There is a group of Anglican clergy who struggle with same-sex attraction, but they know they must be celibate in order to follow Christ. I think it is very important that their story be heard. I direct people every day to their website, LivingOut.org.

Finally, tone is incredibly important—that people feel I’m for them as I speak. A harsh, unloving tone does so much damage—it is just interpreted as homophobia.

Recently at All Souls, I have seen more spiritual hunger than in the past. I think people do realise they can’t sit on the fence. They have to pick a side. Such is the disintegration of the culture that they can’t just sit there and let it go. They’ve actually got to pick a side.

In addition to Rico Tice’s pastoral role at All Souls, Langham Place, his teaching in an outreach curriculum called “Christianity Explored” is being used by BGEA’s internet evangelism ministry and can be found at courses.goingfarther.net.