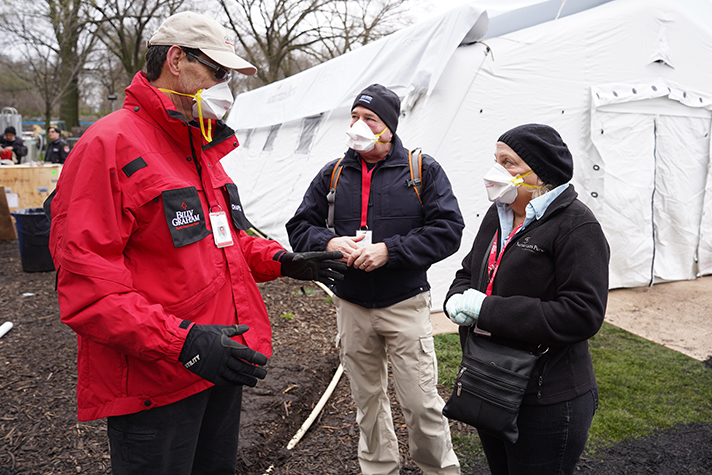 The Billy Graham Rapid Response Team is in New York City in the midst of the coronavirus outbreak to serve alongside Samaritan’s Purse at their Emergency Field Hospital.

Monday morning, Franklin Graham and Will Graham prayed with several of the commissioned chaplains before they departed from Billy Graham Evangelistic Association (BGEA) headquarters in Charlotte, North Carolina, along with their Mobile Ministry Center. A team of seven Billy Graham chaplains are working diligently together with Samaritan’s Purse to meet the emotional, spiritual and physical needs in America’s most populated city.

New York City has become the global hub of the virus, accounting for approximately 25 percent of the country’s COVID-19 cases. As of March 29, more than 100,000 coronavirus cases have been reported across the United States, surpassing China and Italy as the nation with the highest COVID-19 spread in the world. There’s a growing concern in New York City of not having enough ICU beds to treat those suffering from the virus.

“People are dying from the coronavirus, hospitals are out of beds, and the medical staff are overwhelmed,” said Franklin Graham, president of both BGEA and Samaritan’s Purse. He also shared on Facebook, “I’m thankful for all the companies and individuals across this country that are pulling together and doing their part in this battle.”

Last weekend, Samaritan’s Purse set up a 68-bed Emergency Field Hospital, specially designed as a respiratory care unit with highly trained doctors, nurses and personnel. Billy Graham chaplains will soon be there to offer a listening ear, encouragement and prayers to medical staff and patients.

“As our own nation now has the most confirmed cases of COVID-19, the Billy Graham Rapid Response Team has crisis-trained chaplains deploying to New York City—the epicenter of the outbreak—to offer emotional and spiritual care and to share the hope found in Jesus Christ to doctors, nurses and the community at large,” said Jack Munday, international director of the Rapid Response Team. 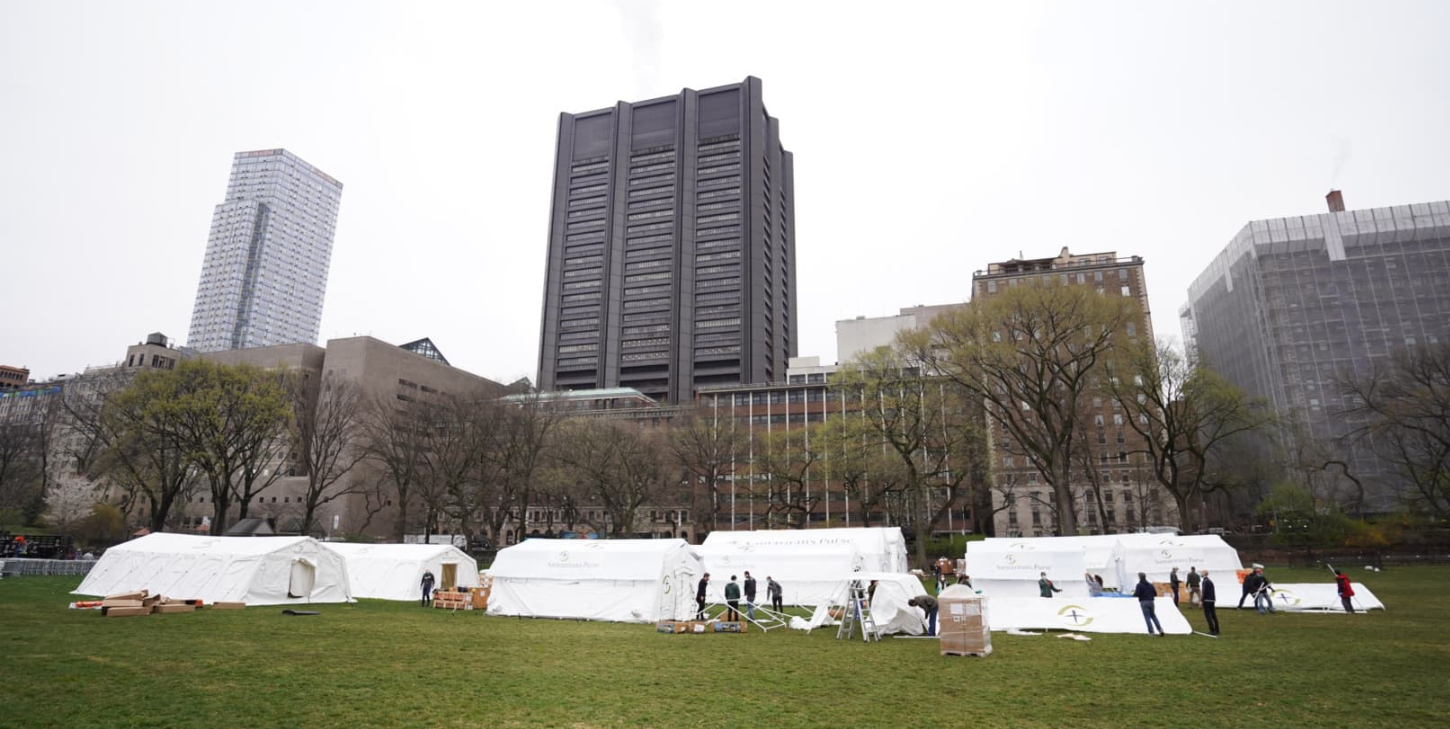 In addition, the Rapid Response Team is continuing to serve in their nationwide deployment, in which their network of 1,800-plus chaplains has been invited to minister to their communities. They also still have chaplains on the ground at a Samaritan’s Purse Emergency Field Hospital in Cremona, Italy.

“Right now, the entire world is feeling the effects of the coronavirus. And here in the U.S., no other place is feeling that like it is in New York City. Just like northern Italy is the epicenter for Europe, that’s what New York City is for America,” said Franklin Graham’s son, Edward Graham. He serves as the assistant to the vice president of programs and government relations at Samaritan’s Purse.

“We need your support, we need your prayers,” Edward Graham said. “Prayer is the weapon we need to fight this virus.”

About the Rapid Response Team

The mission of the Billy Graham Rapid Response Team rose from the ashes of Ground Zero after 9/11, when Franklin Graham witnessed the need for crisis-trained chaplains to care for those during times of natural and manmade disaster. Since 2002, the team has responded to over 260 crises, and offered emotional and spiritual care to more than 400,000 people.

You can have peace in the midst of crises. Trust God today.