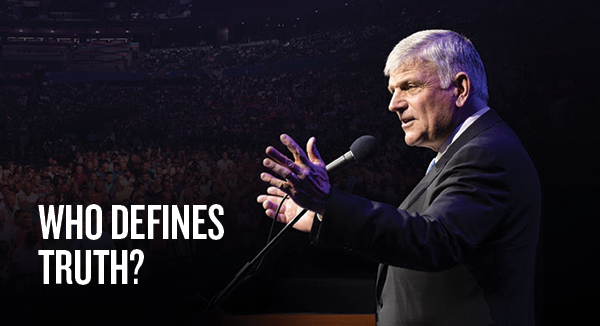 Who has the authority to define truth? The voices of secularism—including the media and much of the educational establishment—certainly claim that authority. And if you disagree with their views, especially on sexual orientation or gender
identity, they look for ways to silence you.

I experienced that two months ago when Facebook blocked me from posting for a 24-hour period because of something I said on the site back in 2016. I had expressed support for a North Carolina law to prevent men from being able to use women’s restrooms and locker rooms and added that “bowing at the feet of godless secularism and political correctness is not progress.” Facebook said that went against their “community standards on hate speech.” 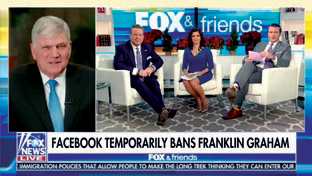 The Facebook ban made news across America, and they reconsidered and apologised. I gladly accepted their apology. But the incident illustrates how common it has become in our Western culture to substitute godless standards for God’s truth, and then to silence those who disagree. The label “hate speech” has become a popular weapon used to attack anyone who speaks out based on what God says about moral issues. So much for free speech.

All this reminds me of Paul’s words to the Galatians: “Have I then become your enemy by telling you the truth?” (Galatians 4:16, ESV).

God made the rules, and His Word is truth. Jesus said in prayer to the Father, “Your word is truth” (John 17:17), and the Bible is where we find His truth defined, not in social media or popular culture. 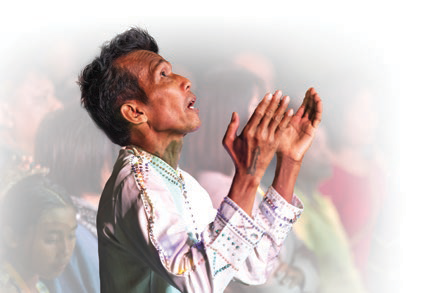 I have just returned from a citywide evangelistic crusade in Bangkok, Thailand, and I’m thrilled to report that God did a mighty work in that Buddhist city, drawing thousands of hearts “from darkness to light and from the power of Satan to God” (Acts 26:18).

One Thai Christian, a financial auditor for a major corporation in Bangkok, served as one of the volunteer counsellors who talked and prayed with people as they responded to the Gospel during the invitation. On the first night, after I gave an invitation, the counsellor greeted the first person who came toward him. It was a man seeking Christ who, it turned out, was himself a financial auditor. The volunteer used Scripture to answer questions about the Gospel, and when his new friend was ready, guided him in a prayer for salvation. Then he gave him discipleship material and arranged for follow-up with a local church where he would be welcomed and receive encouragement in his new faith. Later the volunteer expressed his joyful amazement at what God had done. “Of thousands of people, I ended up with this man who works in the same industry,” he said. “I asked him three times the same questions about salvation. I wanted to make sure he understood. Each time he said, ‘Yes. Yes. Yes.’” 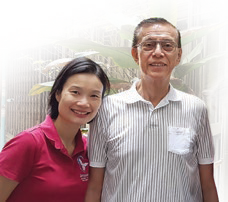 A young woman named Silk, who was helping in the Festival office, had prayed for almost 23 years for her father to come to Christ. She invited him to the opening night but, because of her Festival responsibilities, could not stay with him while I was preaching the Gospel. They planned to connect by mobile phone right afterward, but he didn’t call. When she did reach him, she learned why — he had been busy talking to a volunteer counsellor and had accepted Jesus Christ as his Lord and Saviour! She started jumping up and down for joy in the foyer and, while still on the phone, began hugging everyone in sight.

The Bible says, “With joy you will draw water from the wells of salvation” (Isaiah 12:3), and we saw people celebrate that joy again and again in Bangkok.

In all, 42,000 people attended the events in Bangkok, and another 79,000 participated via live streaming on the internet. We thank and praise God for the more than 4,000 who told us they made a life-changing decision for Christ as a result of the Festival events. The Bible says, “Salvation is from the Lord” (Jonah 2:9, NASB), and we give Him all the glory. Pray for these new Thai believers and the churches disciplining them.

God is also touching hearts around the world through our Search for Jesus internet evangelism ministry. During the past year, millions of individuals—from virtually every country and territory on earth—have used their smartphones or computers to explore the message of the Gospel on our Search for Jesus internet sites. In the past year over 300,000 people worldwide invited us to follow up with them individually about making a decision for Christ or to answer questions about the Gospel. We
offer each one the opportunity for one-on-one discipleship mentored by one of our trained, online volunteers based in the UK, Australia or the U.S.

The internet is a tool for the Gospel to cross boundaries, reaching places in our world where sharing Christ is restricted or could be dangerous. Among the top countries we heard from last year, besides the UK and U.S., are Afghanistan, Egypt, Somalia, Syria and Nepal. The outreach is active in four of the five languages with the most users on the internet worldwide—English, Spanish, Portuguese and Arabic—and we ask for your prayers as we continue developing and testing a Chinese version. Planning is also underway to add the Korean language.

As we move farther into 2019, I want to thank you for your prayers and your financial support—we couldn’t do this work without you. Vast numbers of people in the world today have no idea how to find real and lasting hope or true forgiveness. They need Jesus Christ. Thank you for all you do to help tell them.

USING THE INTERNET FOR GOD’S GLORY IN THE ARAB WORLD 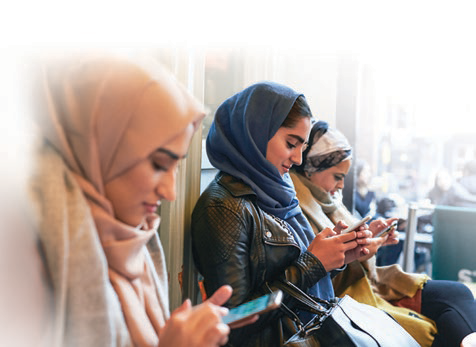 A man from the Middle East was playing a game on his mobile phone when an ad popped up on the screen with the question, “Has God forgotten us?”

A woman in North Africa was scrolling through Facebook when she discovered a post with thoughts she hadn’t been able to articulate before: “In the midst of so much evil, is there any hope?”

Clicking on the link led each of them to SalamMaaAllah.net, a new Arabic version of the Billy Graham Evangelistic Association’s (BGEA) internet evangelism site. Nearly 90,000 people have visited SalamMaaAllah.net since its launch. What’s unique to
SalamMaaAllah.net is its primary use of social media to connect with Arabic speakers

Muslim young professionals are not as antagonistic to faith conversations because they’ve seen so many challenges around them. They see their parents experience continued conflict and war and are much more open than previous generations. 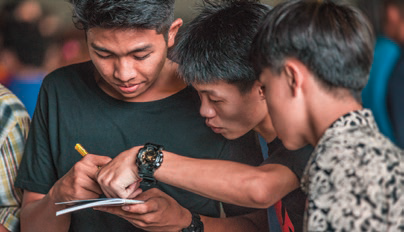 One such young man is Ali,* a Muslim from Iraq who discovered SalamMaaAllah.net and asked, “How do I know what is the right path—Islam, Christianity or Judaism?” An Arabic online coach from BGEA replied and explained the Good News of God’s love, mercy, justice and sacrifice. Ali responded with the Arabic expression, “Your answer hits me,” which means, “What you say makes a lot of sense.” After continued conversation with the online coach, Ali asked how he could become a follower of Christ and prayed to accept Jesus as his Lord and Saviour.

Another young man, 20-year-old Maher* from Iraq, responded with similar enthusiasm after an online coach explained the Gospel. “I believe!” he wrote. “It really makes sense. Your words. Because God loves us, he brings us to the well of safety—to a safe place. I’ll always believe.”

PRAY: Will you pray for new believers in Thailand and for the churches who are helping them grow in their faith?

SHARE THE GOSPEL: There are hungry souls everywhere, longing for a way to fill the emptiness. Jesus said, “I am the bread of life” (John 6:35, ESV), and He alone can satisfy their hunger. Your prayers and gifts will help people hear the Gospel through evangelistic Festivals, the ministry of crisis-trained Rapid Response Team chaplains, My Hope videos or our Search for Jesus internet outreach.

TOUCH A SEARCHING HEART: Your gift is vital to keep the Search for Jesus internet evangelism ministry effective and available for people everywhere who search for truth, even where the Gospel cannot be shared openly. The ministry is now active in English, Spanish, Portuguese and Arabic, and we are preparing to expand to Chinese.

Help with a gift
We use cookies to ensure that we give you the best experience on our website. If you continue to use this site we will assume that you are happy with it.OK Read More
Privacy & Cookies Policy
Necessary Always Enabled