As I write, I have just returned from the United Kingdom where we are preparing for the upcoming eight-city Graham Tour beginning in late spring. 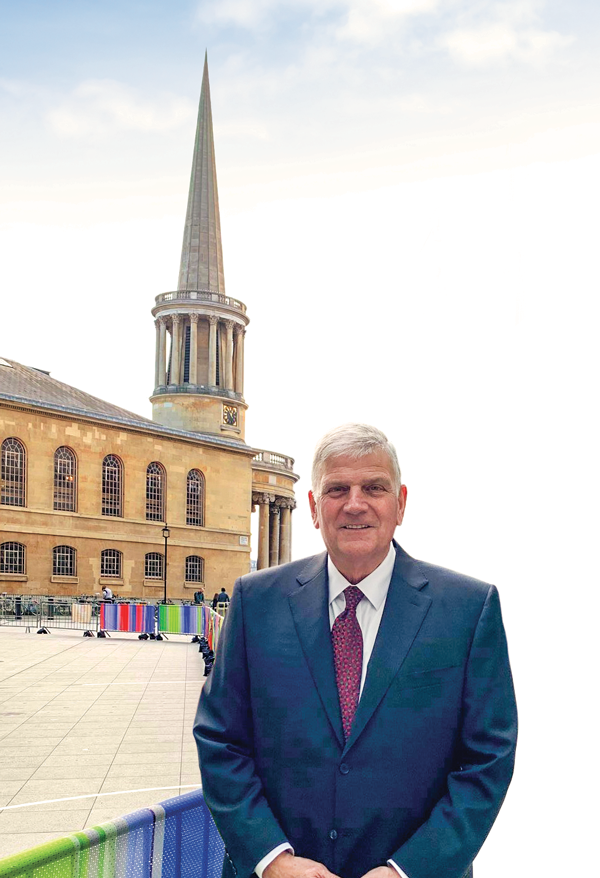 Some time ago God laid it on my heart to come to the UK to preach the Gospel, and for two years we have been planning to start in the north in Scotland, go down to Wales, and then finish up in London. But recently, storm clouds began to gather.

One by one, venues contacted us saying they had cancelled our contracts to hold the evangelistic events there. It became evident that this Gospel outreach is under attack.

“It’s not Franklin Graham that’s the cause of dissent. It’s the Gospel. The Gospel has always been controversial.” – UK Pastor Steve Haskett

A small group of LGBTQ activists complained that I preach a message of hate—because I believe what the Bible says, that marriage is between a man and a woman and that homosexuality is a sin. These truths from God’s Word are what they labelled hate speech.

The Gospel, as you know, always faces opposition. This is spiritual warfare, and we’re not going to back down. We are going to preach this message in all the cities we planned to visit. God hasn’t called us to sit back and be quiet. He has called us to preach the Good News of Jesus Christ: “Go therefore and make disciples of all the nations” (Matthew 28:19, NKJV).

One pastor wrote that this is a seminal moment, a serious blow to freedom of speech and religion.

Another pastor told me that this served as a wake-up call for the church, to regain its passion for people. “It’s time for us to rise up and go all out to reach souls,” he said. “People are dying. People are crying out. People want to be saved!” 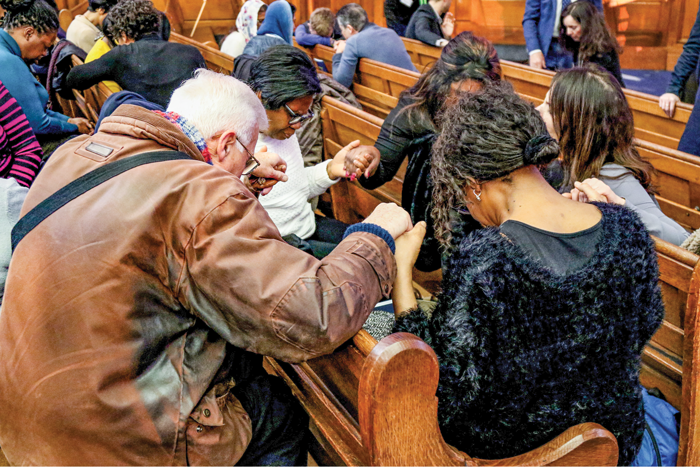 Thankfully, we know that God is in control. When Joseph in the Old Testament confronted his brothers, who had sold him into slavery, he declared, “As for you, you meant evil against me; but God meant it for good, in order to bring it about as it is this day, to save many people” (Genesis 50:20, NKJV). The widespread press coverage of these issues has also worked in our favour—getting the word out about the events in ways we never could have.

We have received a flood of requests from both local and national media in the UK and the US, and I had many interviews with several of the largest print and broadcast outlets while I was in London. The BBC asked me about the opposition, and I explained to them that I was bringing a message of love, hope and forgiveness of sin for everyone. I used the opportunity to speak to a nationwide audience and invite those who are opposing this tour to come to the events. I stressed that everyone is welcome. I want them to hear that they can find new life in Jesus Christ.

“I’m not afraid of opposition. We’re not cancelling anything.”

When I was interviewed by Premier Christian News in London, I told them our desire for the tour is that this will strengthen the church there. If someone makes a decision for the Lord, we don’t take that person back to America with us. Our prayer is that new believers will be added to the local church and be discipled in their faith. 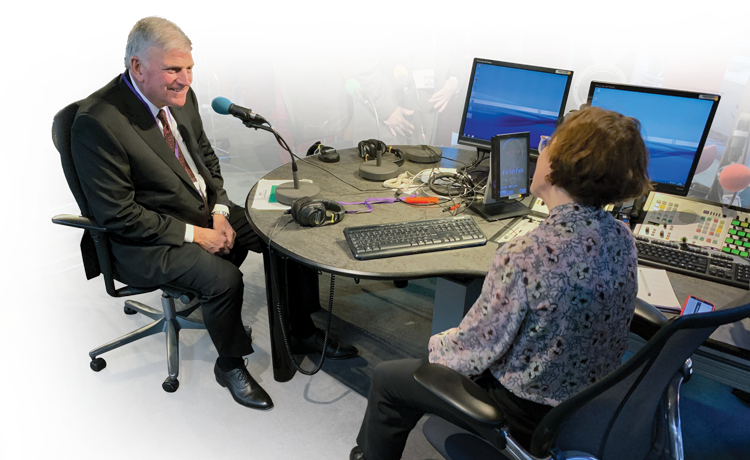 We want to see the body of Christ grow and bear much fruit in the UK. To date, nearly 2,000 churches are partnering with us in the Graham Tour—all with a passion to reach people in their communities. During the last week of January, 3,410 people all across the nation gathered for prayer for the UK and for the tour, and 3,000 laypeople recently learned how to share their faith with others during the Christian Life and Witness Course we are holding in multiple locations. Many more will be trained in the coming weeks.

We praise God that His people are coming together to be a part of the tour and are praying for lives to be transformed across the nation. I hope this will ignite a fire in even more churches in the UK, as it has done in the life of Gerard, one of our brothers in Christ there. He recently emailed us: 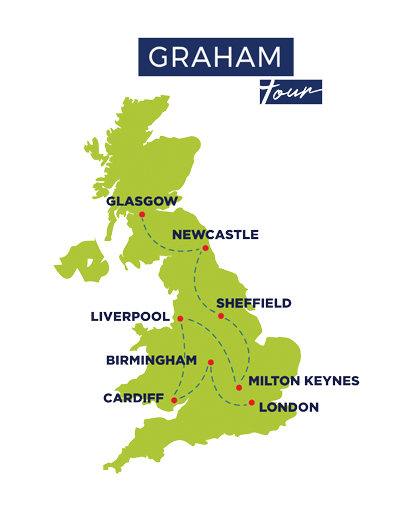 “I want you to know that many thousands of UK Christians are praying for you at this time of unprecedented and unwarranted discrimination and persecution via effectively withdrawing free speech. Many are signing petitions, but some of us are writing to our MPs too. … Keep on keeping on, dear brother. I owe your family SO much. My sister came to Christ through your Dad when she was in Cambridge. It was her witness that ultimately led me to repent and trust in Christ crucified and risen from the dead. … I stand with you dear brother, and so admire your stand.”

We should be concerned about the rise of secularism and the potential suppression of religious freedom and freedom of speech in the UK. What happens in the UK often makes its way to the US and across the globe. I will never sit back quietly and let the government—or any other power—silence the church and prevent the preaching of God’s Word.

Even though we face obstacles, our eyes are on the Lord, who “is able to do far more abundantly than all that we ask or think, according to the power at work within us” (Ephesians 3:20, ESV). To God be the glory!

As Christians, our most powerful weapon is prayer—and we ask for yours. You are an important part of this life-changing work by praying and by giving, and it would not be possible without you. Please continue to pray with us for all of the arrangements that are being made, that the Graham Tour may bring honour to the Lord and enable thousands to hear about Jesus Christ.

Thank you and may God richly bless you,

Join CLWC: Find out how you can learn to share the Gospel with friends and family through our Christian Life and Witness Course. Due to the outbreak of the coronavirus, CWLC classes have currently been postponed, to get updates, please visit the Graham Tour.

Give: Many people across the United Kingdom need the Good News of Jesus Christ, but there’s a growing movement that is trying to block the preaching of God’s Word. When you give a gift for Festivals and Celebrations, you give people in the UK and around the world the opportunity to hear the Gospel message.

Pray: Secular forces are bringing their godless influence across the UK. Your prayers are needed to take the truth of God’s Word to those in desperate need of a saving relationship with Jesus Christ.

For more than 70 years, God has worked through the BGEA to reach people around the world with the Gospel. In 2020, Franklin Graham will join Christians like you as he shares the hope of Jesus Christ in eight cities across the United Kingdom—and this Gospel outreach depends on friends like you.

To support this ministry, click one of the defined amounts below or enter your own.