When Paul came to the end of his life, he said in 2 Timothy 4:7, “I have fought the good fight, I have finished the race, I have kept the faith.” And in 1 Timothy 6:12, he tells Timothy, “Fight the good fight of faith. Take hold of the eternal life to which you were called.”

Life is war because the maintenance of our faith and the laying hold of the eternal life we have is a constant fight. Paul makes clear in 1 Thessalonians 3:5 that the No. 1 target of Satan is faith. If we endure to the end, Jesus said we will be saved (see Mark 13:13), and Satan is fighting always to bring us to ruin by destroying our faith. 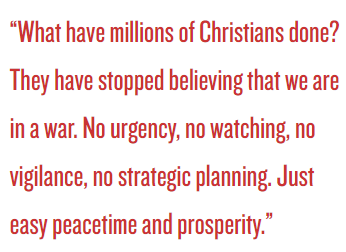 Concerning his own life of warfare, Paul said earlier, “I do not run aimlessly; I do not box as one beating the air. But I discipline my body and keep it under control, lest after preaching to others I myself should be disqualified” (1 Corinthians 9:26-27).

And concerning his ministry, he said, “Though we walk in the flesh, we are not waging war according to the flesh. For the weapons of our warfare are not of the flesh but have divine power to destroy strongholds. We destroy arguments and every lofty opinion raised against the knowledge of God, and take every thought captive to obey Christ” (2 Corinthians 10:3-5). Ministry is war. (See also Revelation 6:2; 12:17; 17:14.)

Probably the most familiar passage on the warfare we live in daily is Ephesians 6:12-13. We are not contending against flesh and blood, but against the principalities, against the powers, against the world rulers of this present darkness, against the spiritual hosts of wickedness in the heavenly places. Therefore, take the whole armour of God.

But most people do not believe in their heart that life is war. Most people show by their priorities and their casual approach to spiritual things that they believe we are in peacetime, not wartime.

In wartime, the newspapers carry headlines about how the troops are doing. In wartime, families talk about the sons and daughters on the front lines, and write to them, and pray for them with heart-wrenching concern for their safety. In wartime, we are on the alert. We are armed. We are vigilant. In wartime, we spend money differently—there is austerity, not for its own sake, but because there are more strategic ways to spend money than on new tires at home. The war effort touches everybody. We all cut back. The luxury liner becomes the troop carrier. 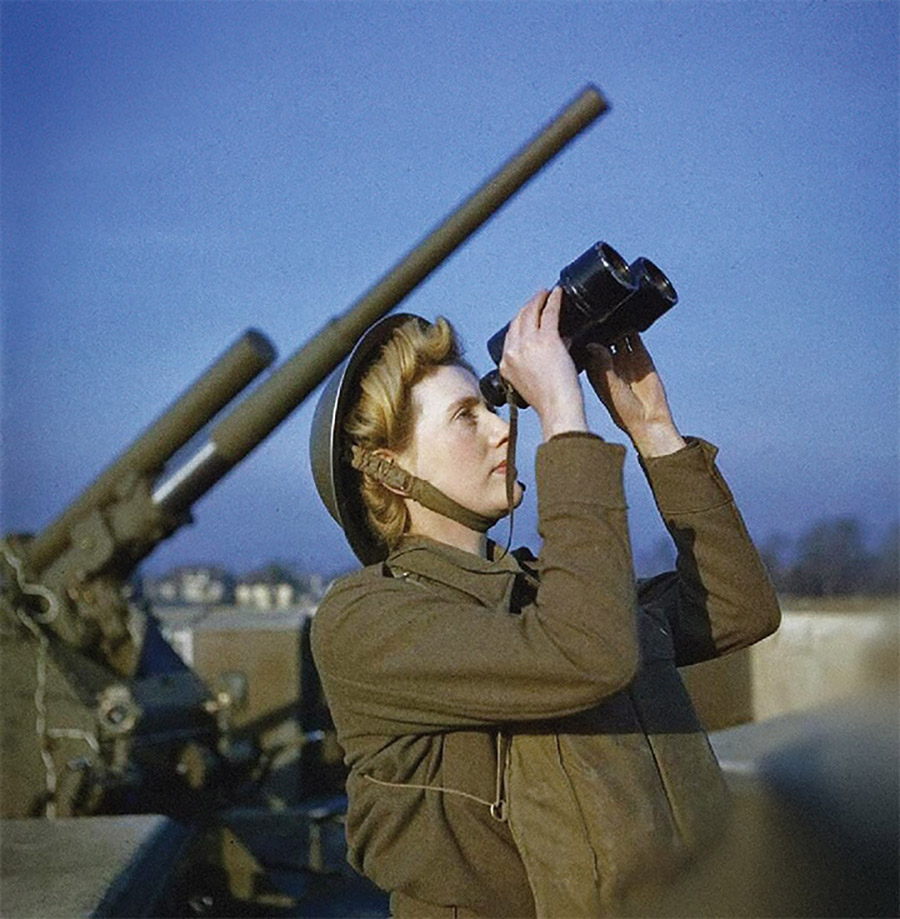 Very few people think that we are now in a war greater than World War II, and greater than any imaginable nuclear World War III. Or that Satan is a much worse enemy than any secularist or terrorist. Or that the conflict is not restricted to any one global theatre, but is in every town and city in the world. Or that the casualties do not merely lose an arm or an eye or an earthly life, but lose everything, even their own soul and enter a hell of everlasting torment (Revelation 14:9-11).

Until people believe this, they will not pray as they ought. They will not even know what prayer is.

In Ephesians 6:17-18 Paul makes the connection for us: “Take the helmet of salvation, and the sword of the Spirit, which is the word of God, praying at all times in the Spirit, with all prayer and supplication. To that end, keep alert with all perseverance.”

Prayer is the communication by which the weapons of warfare are deployed according to the will of God. Prayer is for war.

Why is the Father going to give the disciples what they ask in Jesus’ Name? Answer: Because they have been sent to bear fruit. The reason the Father gives the disciples the gift of prayer is because Jesus has given them a mission. In fact, the grammar of John 15:16 implies that the reason Jesus gives them their mission is so that they will be able to enjoy the power of prayer. “I send you to bear fruit so that whatever you ask the Father … He may give you.”

So I do not tire of saying to Christians everywhere, “The No. 1 reason why prayer malfunctions in the hands of believers is that they try to turn a wartime walkie-talkie into a domestic intercom.” Until you believe that life is war, you cannot know what prayer is for. Prayer is for the accomplishment of a wartime mission. It is as though the field commander (Jesus) called in the troops, gave them a crucial mission (“Go and bear fruit”), handed each of them a personal transmitter coded to the frequency of the general’s headquarters and said, “Comrades, the general has a mission for you. He aims to see it accomplished. And to that end He has authorised me to give each of you personal access to Him through these transmitters. If you stay true to His mission and seek His victory first, He will always be as close as your transmitter, to give tactical advice and to send in air cover when you or your comrades need it.”

“The No. 1 reason why prayer malfunctions in the hands of believers is that they try to turn a wartime walkie-talkie into a domestic intercom.”

But what have millions of Christians done? They have stopped believing that we are in a war. No urgency, no watching, no vigilance, no strategic planning. Just easy peacetime and prosperity. And what did they do with the walkie-talkie? They tried to rig it up as an intercom in their cushy houses and cabins and boats and cars—not to call in fire power for conflict with a mortal enemy, but to ask the maid to bring another pillow to the den.

Before we can mobilise a powerful prayer movement for missions, or even sustain the will to pray in our own hearts, we must talk about something else first, namely, war. We have so domesticated prayer that it is no longer, in many of our lives and churches, what it was created to be—a wartime walkie-talkie for the accomplishment of mission commands.

Until we feel the desperation of a bombing raid, or the thrill of a new strategic offensive for the Gospel, we will not pray in the spirit of Jesus.

John Piper is founder and lead teacher of desiringGod.org. For more than 30 years, he served as pastor of Bethlehem Baptist Church, Minneapolis, Minnesota. This article was excerpted from his sermon “Prayer: The Work of Missions,” available online at desiringgod.org/messages/prayer-the-work-of-missions.