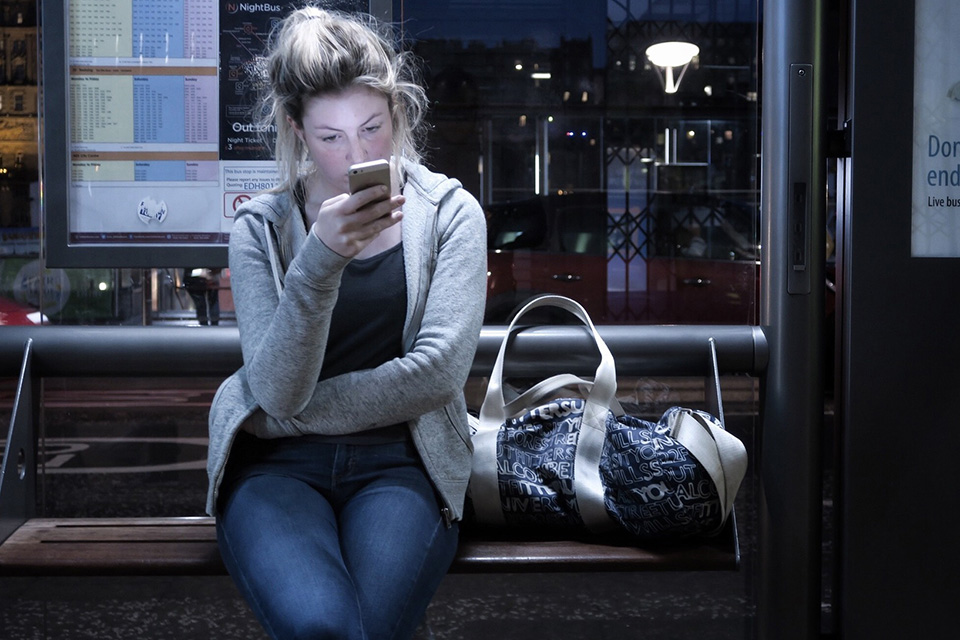 But God demonstrates His own love toward us, in that while we were yet sinners, Christ died for us.”
—Romans 5:8

Joan* couldn’t shake what she heard while watching Billy Graham’s funeral service this past March.

Here she was, four years deep in an affair. She thought she was beyond forgiveness, and then she heard Billy Graham’s youngest daughter, Ruth, speak.

Ruth shared how, after being stunned by divorce, she hastily chose to marry a man she and her family barely knew. Upon learning it was the wrong decision, she returned home to find her father—Billy Graham—standing there, welcoming her with open arms.

“There was no shame,” Ruth said, recounting that emotional day. “There was no blame. There was no condemnation. Just unconditional love, and you know my father was not God, but he showed me what God was like that day.”

Ruth’s brother, Franklin Graham, followed her thoughts with a message of God’s forgiveness. It was exactly what Joan needed to hear.

She was tired of the lies, and she wanted to go home, too. After weeks of wrestling with God’s truth, she decided to finally call it quits with her lover, this man she met on Facebook four years ago. She destroyed her phone and returned to her husband and their teenage son. Her husband welcomed her back and forgave her entirely.

But the guilt of it and the tempting pull of that illicit relationship weighed heavy on Joan, who had tried unsuccessfully to give it up before. She felt guilt over what she had done to her family and guilt over what she had done to this lover. He didn’t know she had a family, and Joan had learned this divorcé with a mean streak was a suicide risk. She even tried to end her life when she didn’t see another way out. But her husband intervened and got her help.

Joan was desperate for a new start. She remembered Billy Graham’s funeral and made her way to PeaceWithGod.net, part of the Billy Graham Evangelistic Association’s internet evangelism ministry, Search for Jesus (SFJ). She clicked a chat button on the page and chatted live with a trained SFJ chat coach.

“I do need Jesus,” Joan typed. “I saw Mr. Graham’s funeral and Franklin said Jesus can help anyone no matter their sin. Miss Ruth told how her dad welcomed her after she fled her five-week marriage. I need my Father in heaven, too.”

The chat coach was familiar with the subject of infidelity, having a close family member who had walked through the same thing. The coach encouraged Joan:

“Jesus saved my son and his marriage, and will do the same for you. He loves you and desperately wants to help you now. No matter what the sin. …

“For God so loved Joan that He gave His only begotten Son, that if Joan would believe in Him, Joan should not perish, but have eternal life,” the coach typed, personalizing John 3:16. “He loves you, Joan! But your iniquities (sin, crimes, etc.) have made a separation between you and your God (Isaiah 59:2). But God has made a provision for you, Joan.”

The coach then shared Romans 5:8:

“But God demonstrates His own love toward us, in that while we were yet sinners, Christ died for us.”

Joan was ready to surrender her life to Jesus. She confessed her sins, knowing full well that there would still be consequences from her choices. For instance, she still needed to tell the man she was having an affair with that she had a husband and she would be returning to him. She’d have to sever all ties with him and commit wholly to her family. It wouldn’t be easy, but Joan said she was ready to put God first in her life.

The coach prayed for Joan, asking God to restore her marriage and safeguard her and her family.

“I came lost, pathetic, hopeless and now free,” she later added. “Loved, forgiven by Jesus Christ. Plus I am now new. And I will see you in heaven!”

You, too, can know freedom. Find peace with God today.

Our world is online and we want to meet people there with the Gospel. Through Search for Jesus, BGEA’s Internet Evangelism ministry, you can help reach people around the world in their moment of need—no matter who they are or where they might be. Every day, people of all ages and backgrounds read online about God’s love for them and have a chance to respond to the Gospel. We’re connecting with them one on one to point them to Christ and disciple them in their faith.