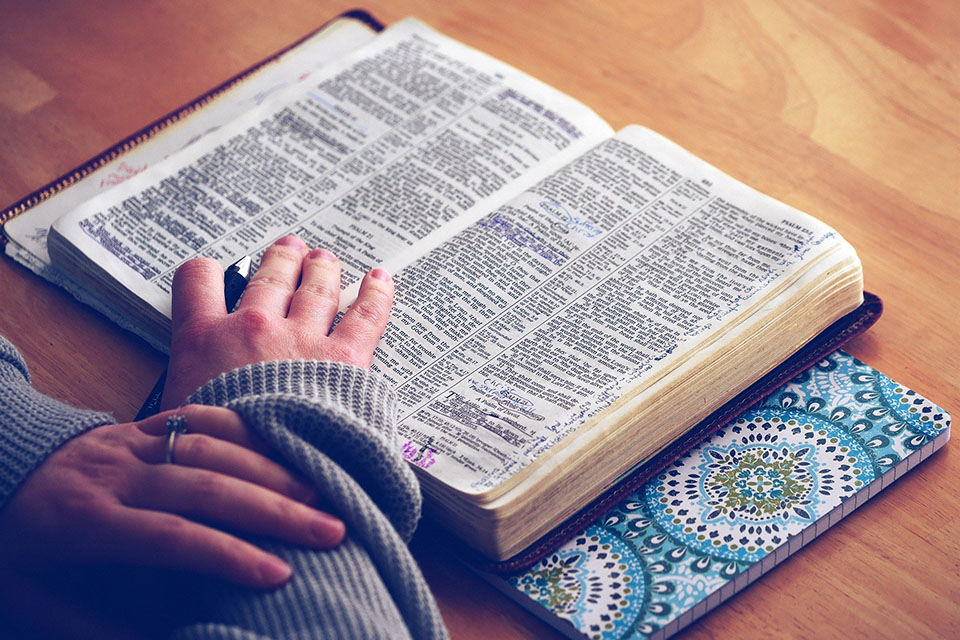 “For he has rescued us from the dominion of darkness and brought us into the kingdom of the Son he loves.” —Colossians 1:13

It started with a seed—a heavy metal Christian band kind of seed.

Liezel Freeman knew her younger brother Jacques was into “scary music” so she sent him some hope-filled alternatives. It piqued his interest. Liezel began passing on Bible verses, video testimonies and sermons—grateful for the training she received as a volunteer chat coach with the Billy Graham Evangelistic Association’s internet evangelism ministry, Search for Jesus (SFJ).

That training, Liezel said, helped her connect her loved one with the great love of Christ.

Freeman, who now lives in the United Kingdom, learned that sharing her faith can be as simple as walking someone through four Steps to Peace with God. That’s something she does weekly while serving as a SFJ chat coach. She talks online with people who visit the ministry’s evangelistic website PeacewithGod.net.

>> Learn how you can get involved in online evangelism

“Faith in Jesus humbles me and makes me want to share Jesus with the rest of the world,” Liezel explained.

The world includes the online community, but also those offline: her brother. Her mother. Her stepfather.

Within months of their initial conversations, Jacques made a decision for Jesus. A few weeks later, their mother prayed with Liezel in their native Afrikaans language to rededicate her life to Christ.

Liezel simply cannot find the words to express her gratitude to God.

“No words,” she said of her family who lives in South Africa. “I mean I just look up and I get tears in my eyes because my family is so far away. And I mean even the slightest prospect of seeing them in heaven. I want them to be there. And I want them to be saved and to also experience what I have experienced.”

You see, Liezel knows what it’s like to come from darkness into the marvellous light.

Liezel grew up in South Africa, where faithful grandparents initially taught her about Jesus. But young Liezel couldn’t escape the feeling that she was unwanted. She didn’t know her biological father—his name wasn’t even on her birth certificate—and she was 5 when her mother and stepfather welcomed a new son.

“Therefore, if anyone is in Christ, the new creation has come: The old has gone, the new is here!”
—2 Corinthians 5:12

Liezel attended church with her grandmother, but the transforming truth of Jesus’ sacrificial love was missing. So Liezel sought solace in achievements, relationships—anything but the Prince of Peace.

In 2010, she started attending a new church in South Africa. There, she embraced the forgiveness of Christ, was baptized and learned something interesting about herself through a church course. Her unique first name wasn’t just a random choice. It actually meant something.

“My name literally means ‘consecrated to God,’” Liezel said. “And that is who I am determined to be.”

Liezel and her husband married in 2014 and felt called to move to the United Kingdom a few years later.  Blessings and challenges awaited the couple there. They welcomed identical twin girls, and Liezel’s husband twice faced unemployment. It was a rough season, but one that stretched Liezel in her faith. It was also during this time that Liezel stumbled upon an ad to volunteer with the Billy Graham Evangelistic Association’s Search for Jesus (SFJ) ministry.

Six months later, Liezel applied. Ministry in the United Kingdom is expensive, she explained, and volunteering with SFJ gave her an opportunity to share Jesus with others at no cost.

“God has come through for us so many times so this is kind of my contribution back to His kingdom,” Liezel said. “And with the [Search for Jesus] training, no one’s really ever explained the Gospel to me like that before.”

It was life-changing—for her and also for those in her immediate circle. Liezel began encouraging her brother who was going through a hard time. His fiancée had just lost her job in South Africa, which cost the couple their housing. They both moved in with Jacques’ parents. Liezel sent him new band suggestions, Bible verses, videos and shared how Christ has transformed her life.

“Blessed is she who has believed that the Lord would fulfil his promises to her!”
—Luke 1:45

The seeds took hold. Their conversations picked up. He made a decision for Christ and since then “has been finishing Bible plans like you wouldn’t believe,” Liezel said. Everyone in his household noticed a difference.

What was different about Jacques? Liezel’s stepfather asked her mother. Jacques’ fiancée suggested he had been talking more with Liezel. Jacques’ mother simply insisted it was all Jesus.

“He’s seen a change in my brother, and it’s quite refreshing,” Liezel said. “I think he’s at a place where he’s starting to ask questions.”

Filling in the Gap

As for her father’s name, that’s not a blank she has to fill anymore.

Before Liezel and her husband moved to the United Kingdom, a friend told her God is a father to the fatherless (Psalm 68:5).

“That really hit me,” Liezel said. “Before we came to England, there was actually nothing filled in by my father’s name. That’s when that friend of mine, she prayed for us. She said to me, ‘You go now, and you can fill in those blank spaces: Father God.’”

So she wrote it in.

God created you in His image, too. Learn more today about His love.