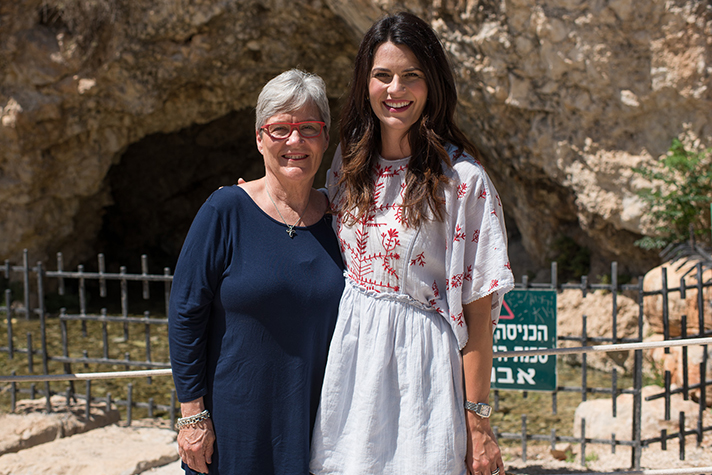 When Cissie Graham Lynch set out to create Fearless, a podcast that encourages listeners to have a “Fearless faith in a compromising culture,” there was one guest at the top of her list.

The wife of Franklin Graham and daughter-in-law to Billy Graham, Jane has rarely been in the media spotlight. While Franklin Graham has served as president and CEO of Samaritan’s Purse and the Billy Graham Evangelistic Association, Jane focused on raising their four children and ministering within her community of Boone, North Carolina.

She also has a passion for supporting and encouraging Samaritan’s Purse staff members whose spouses often travel overseas for work.

During the conversation, Jane shares about growing up in North Carolina and the first time she met the Graham family during a summer visit to Montreat. She recalled how Franklin offered to give her a ride to church one Sunday, and how she was first introduced to her future mother-in-law, Ruth Bell Graham.

“I think she probably was mortified when he brought me home,” Jane said.

“But she was gracious,” Lynch added.

Jane describes Ruth Bell Graham as loving, sweet, kind, generous, funny, beautiful and witty. “I thank God that the Lord let her live long enough, and for us to live close enough to each other and be so close, that I got to realise later in life that she was not perfect.

“Because that would have been a hard act to follow up,” Jane explained. “She was a woman who truly loved Jesus with all of her heart. She was fearless and had a joy about her. She loved life.”

Ruth Bell Graham passed away in 2007, followed by her husband Billy Graham’s homegoing in 2018.

Ruth Bell Graham was also instrumental in introducing and leading her daughter-in-law to Jesus Christ.

Jane had attended church all her life, even achieving nearly perfect attendance, but had failed to fully grasp the Gospel message.

“No one had ever told me that Jesus could come live in my heart and that I could be saved,” she explained. “That I needed to ask Him in and have that personal relationship.

“I may have missed it, so I’m not passing that off to anybody, but it’s made me more purposeful now in telling other people in a direct way about how to come and know Christ.”

During the podcast, Jane also shares about the challenges and joys of ministry, motherhood and marriage.

Through it all, she’s very thankful, she said.

“I’m grateful for healthy children, healthy grandchildren. I know I am blessed, and I thank you for being one of those sweet, sweet blessings, Cissie.”

Do you have a personal relationship with Jesus? Start here.