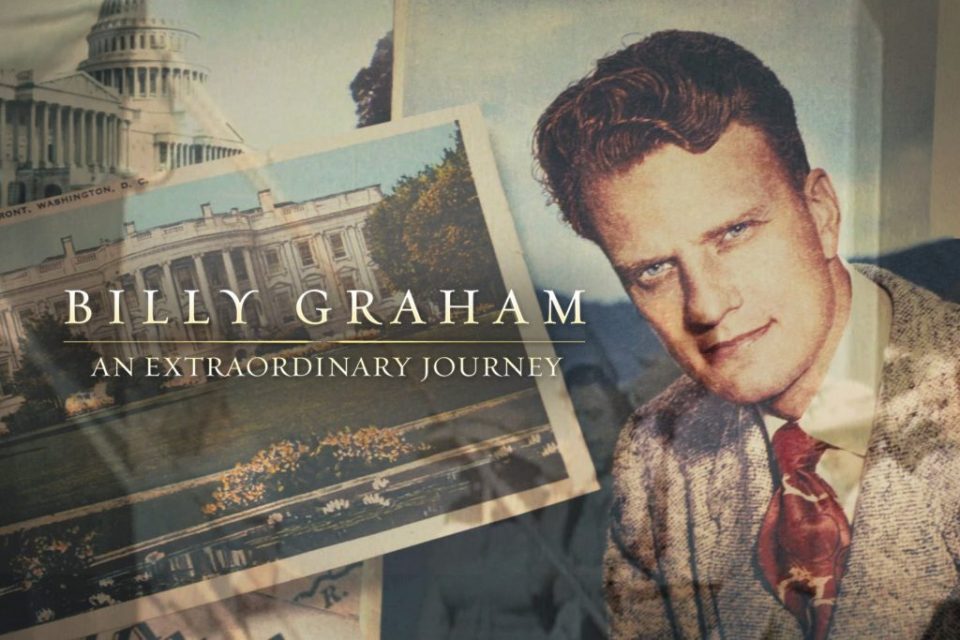 A week after the one-year anniversary of Billy Graham’s passing, Billy Graham: An Extraordinary Journey is available on Netflix.

Recapping the life of the worldwide evangelist, this 72-minute video reveals how a man followed God’s call and took the Gospel to the ends of the earth.

From his humble beginnings as a farm boy to taking the stage in front of millions, viewers can witness how God worked through Billy Graham to transform lives over seven decades of ministry.

With an inside look at Billy Graham’s spiritual and personal life, this film features rare footage and interviews from presidents, celebrities, family and close friends. In addition, the video covers a variety of historical events that occurred throughout his 99 years, including the Civil Rights Movement and 9/11.

The documentary first aired in March 2018 after Mr. Graham’s death. It later became available on DVD and Amazon Prime, where it has received a rating of 4.9 out of 5 stars. Some viewers’ remarks include:

Netflix subscribers have the opportunity to witness how God can work through one person’s life to impact the world. As you watch the events and choices that made up Billy Graham’s life journey, you may be inspired to think about your own path. Are you following God’s call on your life?

Billy Graham often shared the life-changing message, “God loves you.” Have you accepted that? Start a relationship with God today.