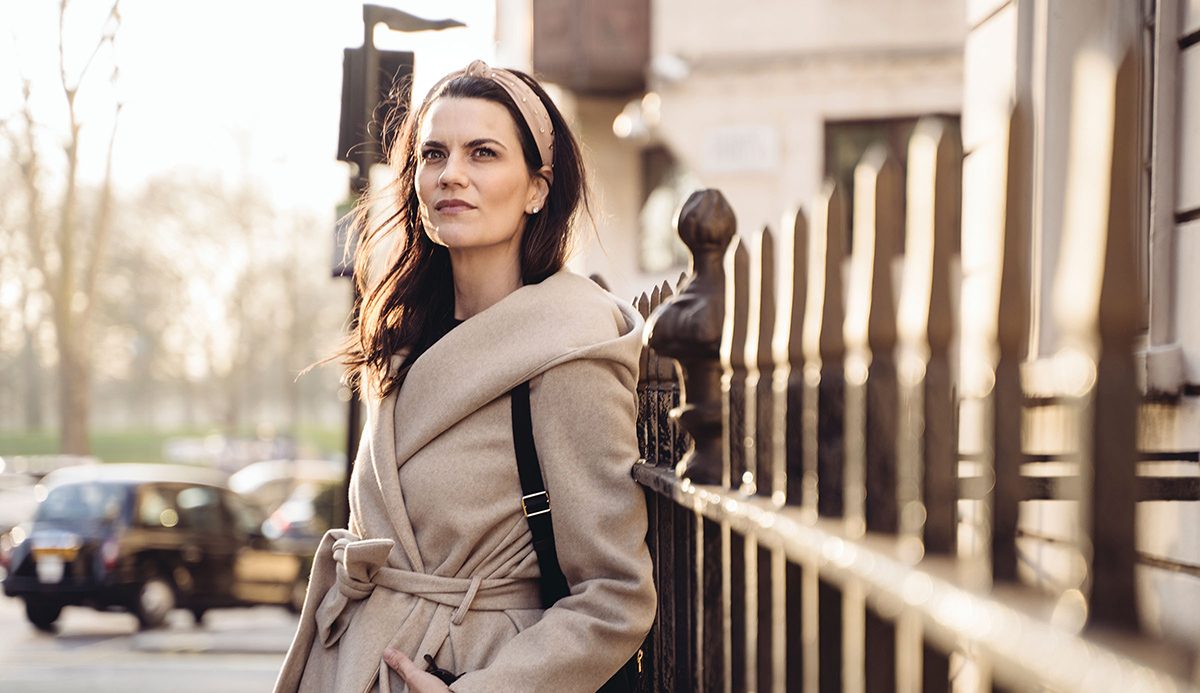 When the world came to a screeching halt in mid-March, it caught us all by surprise. We’d never seen the whole world shut down and still. There have definitely been times of difficulty and uncertainty, but there has also been such beauty in some of these moments, in the quietness, where the Lord says, “Be still, and know that I am God” (Psalm 46:10, NKJV).

It felt almost like party time at first, with the kids being out of school and everything else on my calendar cancelled. I remember that first night. I took the kids to bed, then I turned on the TV, which I don’t normally have time for, and I sat up and binge-watched Netflix until 2 a.m.

When the alarm went off the next morning for me to get up and do my devotions, I hit the snooze button. I finally woke up around 8 a.m., after my kids were already up.

I was a little short with them. I yelled at my little girl for yelling, and I immediately felt convicted. It wasn’t her fault I had stayed up so late. At that moment, I felt the Lord saying to me, “Cissie, do not waste this unique time that I have given you. In this stillness, it’s your time to focus on me, to draw close to Me, to know who I am.”

During this time, a sweet friend began a one-on-one, in-depth study of the Book of Daniel with me. And I came to this passage, in Daniel 11:32: “By smooth words he will turn to godlessness those who act wickedly toward the covenant, but the people who know their God will display strength and take action.”

We were in uncertain times. Because of the coronavirus, fear was spreading like wildfire. Even among Christians, I saw fear sinking in and ruling their hearts and their decisions and altering their personalities. As Christians, we aren’t meant to operate in fear, so why were so many people paralysed with fear?

“But the people who know their God will display strength and take action.” I started thinking, Do we truly know our God? Do we know the creator of the universe—what He loves, what He hates, what angers Him, what pleases Him? Does your knowledge of God give you the ability to be anchored in His truth when the waves come crashing in—whether it’s a global pandemic, a marriage issue, a financial issue or a health crisis—so you will be able to stand strong in the storm, unwavering, as Daniel says?

How do we get to that point, where we know Him so deeply? Through His Word and through prayer and through time with Him. One of the Bible verses I learned with my children during our time at home was “Draw near to God and He will draw near to you” (James 4:8).

As I’ve studied God’s Word, I’ve started listing His attributes in the margins of my Bible, so I can remind myself that … He’s my shelter, He’s my redeemer, He’s my shade, He’s my counselor. He is often called the Most High God in Daniel, which is El Elyon. So, in the storms we call on the Most High God. We call on Adonai, the God who rules. Or Jehovah Jireh, the Lord our provider, when we face those storms. As Christians, we need to know God’s attributes.

But we have to be careful because Satan also knows God’s Word, and he will use it to try and deceive us as he did with Jesus in the desert. We have to know God’s Word well enough that we can discern between His voice and the voice of the enemy.

My grandmother and my mom had similar voices and similar actions, and if you were talking to one of them on the phone, it was hard to discern who was speaking. But I could discern because I knew them. I knew my mom. I knew the details in her voice. And that’s the same when our Heavenly Father is talking to us.

But as He goes with us, we must remain with Him. Second Chronicles 15:2 says, “The Lord is with you when you are with Him. And if you seek Him, He will let you find Him; but if you forsake Him, He will forsake you.”

We come to the Bible not only to learn from the Bible, but to know who God is. We live in a society where many people neglect the Old Testament and many churches don’t teach it. But it’s the Old Testament where God reveals who He is.

If we know our God, we can display strength and we can take action, no matter what the circumstances. That is the hope we cling to. ©2020 Cissie Graham Lynch

Cissie Graham Lynch, wife of Corey Lynch, mother of Margaret and Austin, 6 and 3, is the daughter of Franklin and Jane Austin Graham. She is senior advisor/ministry spokesperson for BGEA.