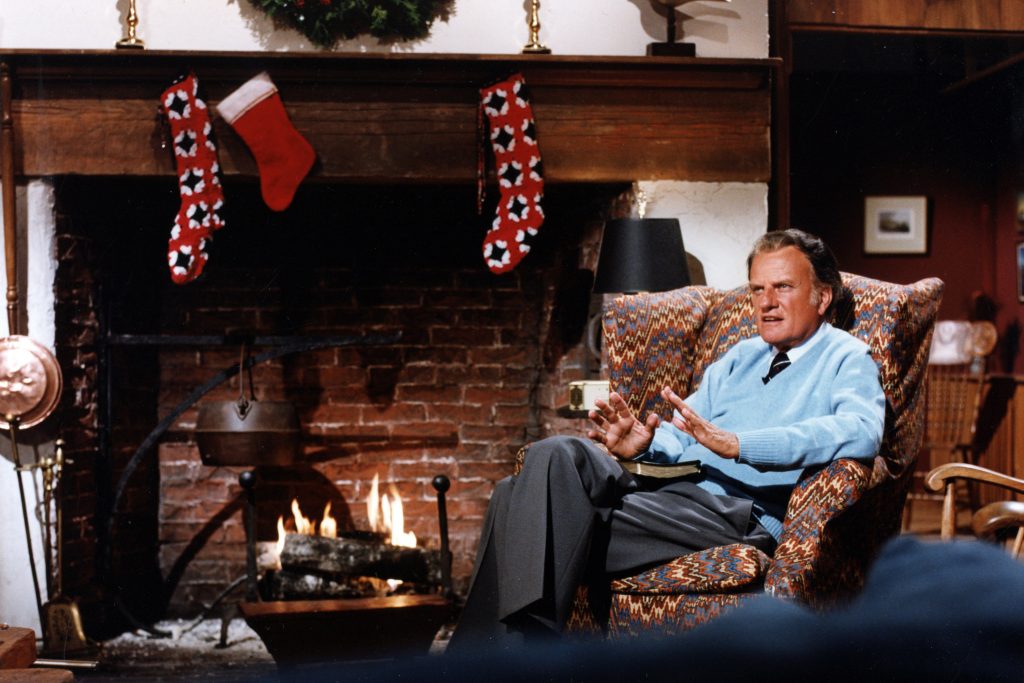 What does Christmas mean to you today? As we think back to Bethlehem—the birthplace of Christ, the city of the King, the city of royalty, the city where David was born and grew up—we must notice some of the people who were involved in the Christmas story.

Too little attention, I think, is given to Joseph. He is called a “just man,” which means he totally obeyed the will of God. That term also carries with it the meaning of sympathy and kindness and indicates his devotion to God and to Mary. Joseph was engaged to be married to Mary. To be engaged in that time was legally about the same as being married. When Joseph found that his wife-to-be was with child, he could have called her ugly names. He could have exposed her “infidelity” to the public. But he didn’t, because an angel came to him in a dream and told him, “Do not be afraid to take to you Mary your wife, for that which is conceived in her is of the Holy Spirit. And she will bring forth a Son, and you shall call His name Jesus, for He will save His people from their sins” (Matthew 1:20-21). What faith it took on Joseph’s part to believe and to trust!

And then notice Mary herself. She was young, probably not more than 16 years of age. She was a young woman of tremendous faith. The announcement that she would bear a child was made by Gabriel, the herald of God: “Blessed are you among women. … You have found favour with God” (Luke 1:28, 30).

What kind of favour did she find? What were the results? Many of us would be reluctant today to claim that favour. She would go on a long and wearing journey to a small town. The pains of childbirth would come upon her in a stable. Then there would be the long trip to Egypt, the return to Nazareth, long years of obscurity and perhaps poverty. And she would see her Son crucified on a Roman cross. That was her calling; that was the favour of God upon Mary.

Some of you who are suffering, could it be a favour from God? Maybe this Christmas you are suffering the loss of a loved one, the end of a courtship that broke your heart, financial reverses. It may be something that has happened at school. Whatever it is, it may be the favour of God in your life, because God is sovereign, and nothing happens to a believer by accident. When disappointments and heartbreaks come, that could be the favour of God—a steppingstone to a greater involvement with Christ and a great surrender to Him. God’s favour for a person or a nation may be bestowed not by affluence but in challenge, when faith is put to a costly test.

Notice the angels and their gladness. We are told by our Lord, in the three marvellous stories reported in Luke 15, that the angels in Heaven rejoice over one sinner who repents. One person coming to Christ can cause the angels to rejoice as they did the day that Jesus was born.

“He didn’t come just to be born; He came to die. His death was planned before the foundation of the world. This was the message of the first Christmas night: ‘You shall call His name Jesus, for He will save His people from their sins’” (Matthew 1:21)

Our world is trembling with fear today. I don’t know a leader with whom I have talked this year who doesn’t tremble when he sees what possibly lies just ahead. When we travel in different parts of the world and talk with world leaders, we feel the fear and sense it.

If ever there was a moment to say, “Fear not! God reigns! God is sovereign! God has a plan,” it is now! Look at the 43rd chapter of Isaiah, where God says, “I formed you. I made you. I redeemed you. Fear not! I will be with you through the waters. I will be with you in the times of trouble” (Cf. Isaiah 43:1-2). Whether it is our personal lives or our national lives, He will be with us.

On that first Christmas almost 2,000 years ago, the world experienced three phenomena:

First, the star. Many stars shone in the sky, but none like this one. This one shone with aura and brilliance! It was as though God had taken a lamp from the ceiling of heaven and hung it in the dark sky over a troubled world.

Second, a new song in the air. A world that had lost its song learned to sing again. With the coming of God in the flesh, hope sprang in the hearts of people. Led by angelic beings, the world took up the refrain, “Glory to God in the highest, and on earth peace, goodwill toward men!” (Luke 2:14).

And third, the good news—the Good News that at last a Savior had come to save men and women from sin: “You shall call His name Jesus, for He will save His people from their sins” (Matthew 1:21). Jesus was the central theme of that first Christmas. The star, the song, the gifts, the kneeling, the joy, the hope, the excitement—all were because of Him.

God’s star promised peace to the world if we will believe and trust Him. But, having rejected Jesus Christ, the Prince of Peace, we have no peace in the world. Too often our synthetic stars bring only fear, anxiety and even more war.

“There is born to you this day in the city of David a Savior, who is Christ the Lord” (Luke 2:11), says the Scriptures. Heaven and earth joined together! God and mankind reconciled. Hope for the hopeless; pardon for the guilty; forgiveness for the conscience-stricken; peace for those who knew no peace; all good news for those who have had nothing but bad news!

We must share what God has given us. Christmas carries with it the idea of sharing with others. And the greatest need that the world has is that we share our love. There is no law anywhere in the world which says you can’t love the person whom you work with or live beside, or someone of another race—and to love so much that you give. Love is not a passive word but an active word. Most people are looking for a little bit of love—true love.

What does Christmas mean to you? This Christmas, let it mean the birth of the Person of Jesus. He didn’t come just to be born; He came to die. His death was planned before the foundation of the world. This was the message of the first Christmas night: “You shall call His name Jesus, for He will save His people from their sins” (Matthew 1:21).

When he was dying on that cross, God laid upon Him your sins and mine. Because of that cross and the glorious resurrection, God can say to us today, “I forgive you.”

The Prophet Isaiah said, “‘His name shall be called Immanuel’ (which means, God with us)” (Cf. Isaiah 7:14; Matthew 1:23). God revealed in the life, death and resurrection of Jesus a reconciling love that rescues us from separation and loneliness.

At this Christmas season, you can be assured that Jesus Christ is here. He is here to give us hope, to forgive our sins, to give us a new song, to impart faith and to heal our spiritual wounds, if only we will let Him. You can go to bed tonight and know that your sins are forgiven and that you are ready to meet God.