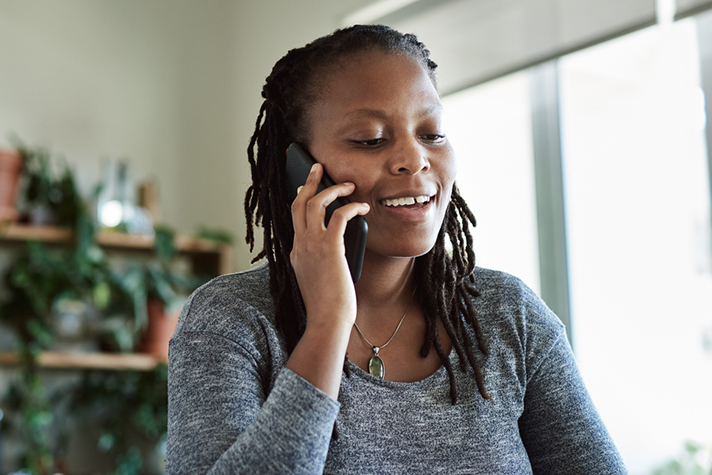 Since the 24/7 Billy Graham Prayer Line started in March 2020, UK chaplains from the Rapid Response Team and volunteers have prayed with and encouraged thousands with the hope of Christ. The ministry recently answered its millionth call.

As the new year begins, many people reflect on changes they’d like to make in their lives.

In conversations on the 24-hour Billy Graham Prayer Line, callers ask for prayer for themselves, family or friends.

Speaking with trained volunteers, BGEA staff and even Billy Graham chaplains from the United Kingdom, some callers share that they prayed along with Franklin Graham and received Christ. Others have spiritual questions.

Fear and anxiety brought on by the pandemic were the catalyst for starting this ministry in March 2020. The day after the calendar flipped to 2022, the millionth call was answered.

“We praise God for the opportunity to continue to serve our callers as they call us for prayer and to find hope in these hopeless times,” said Jonathan Edwards, who manages the prayer line.

“We’re excited about sharing the hope of Christ with every single person who calls us, whether it’s for prayer, to find a personal relationship with Jesus in response to Franklin Graham’s 60-second Gospel spots or by any other means.”

Here are some recent calls to the Billy Graham Prayer Line:

Ivan* is the son of a youth pastor but had never grasped what it meant when he made a decision for Christ as a young man. He eventually fell away from his faith and into substance abuse. After time in rehab, Ivan relapsed six months later. That’s when he saw the prayer line ad and prayed to make a decision for Christ. For the first time in his life, Ivan understood what it means to have a relationship with Jesus and is hoping to get baptized soon.

The volunteer prayed that Ivan’s faith would grow, for grace to withstand temptation and to know he was redeemed—as Isaiah 44:22 states, “I have blotted out your transgressions like a cloud and your sins like mist; return to me, for I have redeemed you.”

Trent* called in for prayer for a healthy and safe new year. On the other end of the line, a volunteer prayed, and as their conversation continued, asked Trent a question: “If you stood before God and He asked, ‘Why should I let you into heaven?’ what would you say?”

Trent answered, suggesting good works and helping others. As the volunteer shared the Gospel, Trent excitedly replied, “That is love!

“You’re absolutely correct,” the volunteer said, sharing John 3:16 and Romans 5:8. On his own, Trent prayed, “Jesus, be my Lord and Saviour.”

The volunteer encouraged him to read the Book of John in the Bible, shared a website that lists Bible-based churches and helped him find a nearby church. Before they hung up, Trent thanked the volunteer for helping him grow closer to God.

Ralph* was watching a football game when he saw Franklin Graham’s ad and called in. His girlfriend was in the hospital with COVID-19 and he wanted prayer for her. Afterward, he told the volunteer he had recently recommitted his life to the Lord, and wants he and his girlfriend to serve Him when she recovers. Ralph was grateful that the prayer line brings hope to the hopeless.

A couple saw the prayer line ad and called in. Antonio* had prayed with Franklin Graham; however, Gabby* had questions about forgiveness and Satan’s temptations. A recovering addict, she still feels tempted at times. The volunteer shared Scripture and the Good News, and both Gabby and Antonio prayed to receive Christ as their Saviour. The volunteer assured them that as believers, God is always with them and the Holy Spirit will help fight their battles.

God will forgive your sins and wants a relationship with you. Pray now.