From a message preached Aug. 21, 1963, during the three-and-a-half week Crusade at the Los Angeles Coliseum.

Many people are asking today, “What is wrong with our world?” Our newspapers are filled with murder, rape, hate, lust, bombings, race against race, war. Can we not solve our problems? Is there an answer?

We’re beginning to find that the words of Jesus were correct when He said, “Man shall not live by bread alone.” In other words, if you spend all of your time on your body or even on your mind, that’s not enough. We need a relationship with God.

Jesus said, “What will it profit a man if he gains the whole world and loses his own soul?” (Mark 8:36). Many of you have gained the world—everything you ever dreamed. But you found it is not enough. You thought, If only I could marry Jimmy, I’d be happy. You found Jimmy wasn’t all you thought he was. You thought, When I get my PhD degree, I’m going to find everything I want. But you got your Ph.D., and you found that wasn’t the answer. Something is missing. 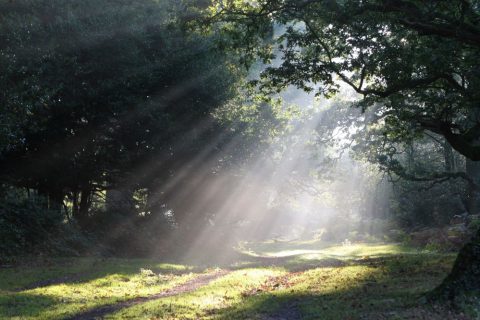 And God gave to man a priceless gift. He gave him the freedom of moral choice. But tragedy struck: Sin came in. Where did sin come from? Nobody knows how it ever entered the heart of Lucifer, son of the morning. Let’s just accept the fact that we have a moral disease that pulls us down. We’ve sinned against God. We are a planet in rebellion. And God is a holy God.

We could have chosen to serve God if we had wanted to, but we chose to disobey God. And all of us are involved. We are all sinners. “All have sinned and fall short of the glory of God” (Romans 3:23). “In sin my mother conceived me,” said David in Psalm 51:5.

And when God looks at your heart, He says it’s full of evil imagination (see Proverbs 6:18). The Bible says your heart is wicked. Jeremiah said, “The heart is deceitful above all things, and desperately wicked; who can know it?” (Jeremiah 17:9).

I talked to a man about giving his life to Christ, and when it came right down to it, after I had answered about a dozen of his questions, I said to him, “Your problem is not that you cannot believe. Your problem is that if you do believe, it’s going to change your way of living. That’s the thing you’re really fighting, isn’t it?” He bowed his head and said, “That’s it. You hit it right on the head.”

That’s it. For the truth about God is known to people by instinct. God has put this knowledge in their hearts, the Bible says. “Since the creation of the world His invisible attributes are clearly seen, being understood by the things that are made, even His eternal power and Godhead, so that they are without excuse” (Romans 1:20).

Someday you’re going to come to the judgment of God and say, “But, Lord, You know my problems.” No excuse, the Bible says. Yes, they know about Him all right, but they won’t admit it or worship Him in truth, or even thank Him for His daily care. They began to think up silly ideas of what God was like and what He wanted them to do. The result was that their foolish minds became dark and confused.

Has there ever been an hour of more education and more confusion in the world than this very hour? All of our education and all of our brilliant scientists have not solved our problems. They’ve created more confusion, claiming themselves to be wise without God. They became fools instead, Scripture says. Isn’t that a commentary on our day? So God let them go ahead into every sort of sexual sin.

The first chapter of Romans says He let them do whatever they wanted, “to dishonour their bodies among themselves” (Romans 1:24). In other words, they rejected the idea of God, they began to live like immoral pigs, and the Bible says that God gave them up. Instead of believing what they knew was the truth about God, they deliberately chose to believe lies, so they prayed to the things God had made. 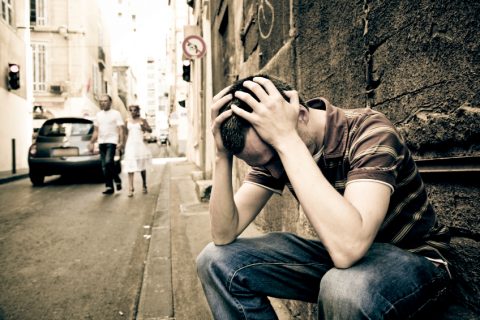 You’ve left God out of your life, and it hasn’t worked. The Bible says: “God gave them up to vile passions” (Romans 1:26), so that even their women turned against God’s natural plan for them and indulged in sexual sin with each other. “Likewise also the men, leaving the natural use of the woman, burned in their lust for one another, men with men committing what is shameful, and receiving in themselves the penalty of their error which was due” (Romans 1:27).

Isn’t that happening today? As a result of leaving God out, God said, “I give you up. Go ahead and sink into the moral pigpen. This is what you have chosen.” The Bible goes on to say that when they gave God up and would not acknowledge Him, “God gave them over to a debased mind, to do those things which are not fitting” (Romans 1:28).

We’ve sinned against God, and we’re never going to solve the problems of the world until we know what’s wrong with us. Until something radical takes place in your heart to give you a cure, you’re going to die. You’re going to die in your sins. The Bible says our hearts are blind and deceitful (see Ephesians 4:18 and Jeremiah 17:9).

We have the Gospel preached more in America than in any country, I guess, in the history of the world. We hear it, we see it. We’re exposed to it. And we reject it.

What’s going to be the result? Revelation 20 says: “Then I saw a great white throne and Him who sat on it, from whose face the earth and the heaven fled away. And there was found no place for them. And I saw the dead, small and great, standing before God, and books were opened. And another book was opened, which is the Book of Life. And the dead were judged according to their works, by the things which were written in the books. The sea gave up the dead who were in it, and Death and Hades delivered up the dead who were in them. And they were judged, each one according to his works. Then Death and Hades were cast into the lake of fire. This is the second death. And anyone not found written in the Book of Life was cast into the lake of fire” (Revelation 20:11-15)

Yes, there is a day of judgment coming when every man and woman and boy and girl will have to stand before a righteous God to give an account for one thing—what did you do with Jesus Christ? The Bible says the wages of sin is death (see Romans 6:23). And, ladies and gentlemen, I believe the Bible, that death is coming upon every person in the world who is without God. 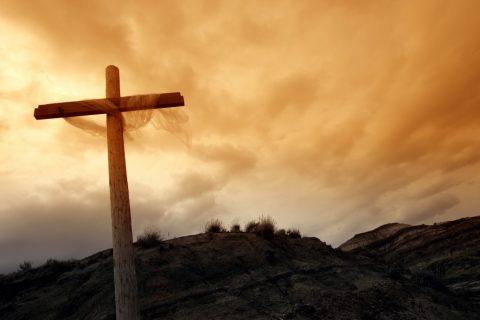 But God loves us in spite of our sins, in spite of the dreadful wickedness of our heart. God says, “I love you,” and the Bible teaches that God is a God of mercy; that He’s a God of love, He’s a God of forgiveness. And God said, “In spite of your sins, in spite of the sentence of death that hangs over you, I love you.” And God sent His Son to the cross. And the Bible teaches that God took all of your sins and all of my sins and laid them on Christ. He became sin for us and His blood was shed. That blood was symbolic of His broken heart and it was symbolic of His life that was given for you. In other words, Jesus took your death, your suffering, your hell on the cross. He took your judgment, and now the Bible says, “There is therefore now no condemnation to those who are in Christ” (Romans 8:1).

No, I will not be condemned. I will not be sentenced to death. I will never see hell. Why? Because I deserve it? No, but because God, in His love and His mercy, said to me, “I forgive you, because my Son has taken your death and your sentence and your hell.”

Come to Christ today; don’t put it off.

If you’d like to receive our regular updates, sharing what God is doing through the minstry, leave your details below.