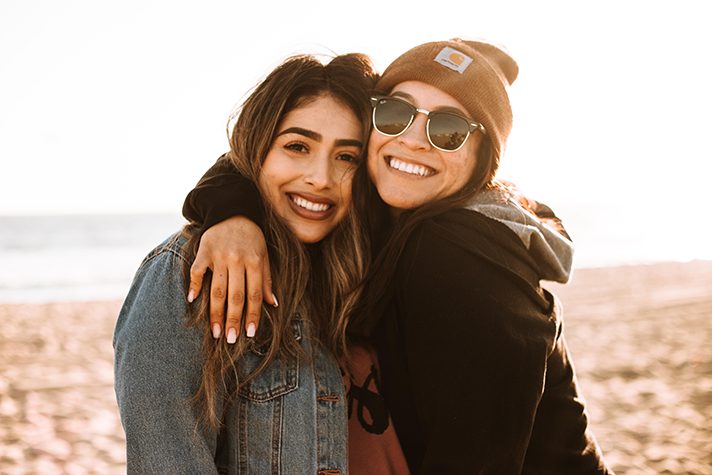 March is Women’s History Month, a 31-day stretch celebrating women. Not only does this particular month celebrate them, but as Billy Graham once wrote in a My Answer post, “Jesus honored women and made them an important part of His ministry.”

Women, made in God’s image just as man was, remain a pivotal and precious part of Jesus’ ministry even today. He beckons women everywhere to answer His call, to live out a great adventure walking in lock step with Him.

Society doesn’t determine your worth. God sees you as His beautiful creation. You matter, regardless of your position in life. The Samaritan woman at the well must have thought Jesus was out of His mind when He started talking to her. He was Jewish. She wasn’t. Jewish people didn’t associate with Samaritans. But He did. And He took it one step further by revealing to her that He was the Son of God. That changed her life, and her testimony impacted the lives of Samaritans around her (John 4:1-42, ESV).

You were created for a purpose. Whether you broker business deals or negotiate with tiny tots, you are here for a reason. God has an adventure ahead of you that can have far-reaching implications if you’re gutsy enough to join Him and pursue it. Consider teenage Mary who put aside her fears and chose to trust God when she learned she would give birth to our Saviour. Or Mary Magdalene who was healed of demon possession and spent her life praising Jesus with her life. She stayed by His side through His crucifixion and death, and returned to anoint His body that Sunday morning when He had risen. It was to her that Jesus first appeared and shared the message of His resurrection (Mark 16:9).

Grace was meant for you, too. So you missed your flight or messed up that report at work. Or maybe forgot it was your turn to bring snacks for your child’s soccer game. You’re human. And Jesus loves you right where you are. Think about the woman who was brought to the temple, accused of adultery (John 8:10-11). Religious leaders said she should be stoned to death. Jesus eliminated the threat when He said, “Let him who is without sin among you be the first to throw a stone at her.” One by one, the crowd left until it was just the woman and Jesus. Where were her accusers? All gone. He told her, “Neither do I condemn you; go and sin no more.”

Don’t be afraid to persist in prayer. Don’t confuse your bold petitions with nagging. You can’t wear out Jesus, so ask away. Reach for Him with relentless abandon. Despite the crowds pressing in on His way through Capernaum one day, He took the time to notice and free a woman who desperately reached out for a healing touch (Mark 5:21-34). That same day, He answered a synagogue leader’s pleas when He raised his daughter from the dead (Mark 5:35-43). You have things on your mind, too. Spend time sharing those with Jesus.

You aren’t called to juggle everything. As a daughter of the Most High, you are invited to leave the whole world in His hands where it belongs. Your place is at the feet of our Saviour. Jesus affirms that when visiting the house of Mary and Martha (Luke 10:38-42). Martha was bustling about, preparing for Jesus’ visit, so everything had to be just perfect. But when she complained to Him that her sister wasn’t helping, He gently reminded her, “Martha, Martha, you are anxious and troubled about many things, but one thing is necessary. Mary has chosen the good portion, which will not be taken away from her.” In other words, calm down and realign, Martha. Setting the table is important, but spending time with Jesus has to come first.

That makes five truths, and here’s one more: Jesus loves you. Is He first in your life today?