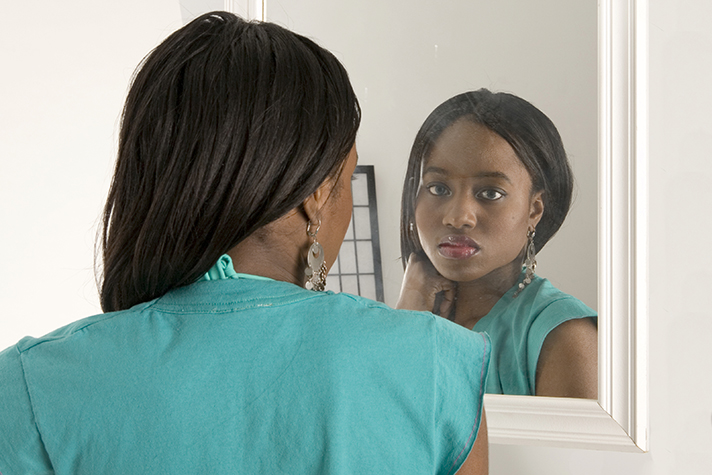 Have you ever wanted to look different? Maybe change your height, your weight, your hair or your facial features? Poor body image affects both men and women, and in an age of Photoshopped magazine covers and unrealistic expectations, it can be easy to feel like you just don’t measure up. Especially if you’ve been criticised or felt unloved in the past.

But remember this: No matter what people think or say about you, and no matter what you think of yourself, God loves you. That in and of itself gives you the highest value and significance anyone can have. Also remember that self-contempt is one way Satan works to defeat you. Self-contempt is belittling yourself, for reasons real or imagined. The greatest harm of self-contempt is that it covers up the truth about who you really are: You are a unique individual, created by God who considers you His priceless treasure (Deuteronomy 7:6).

Here are 5 resources to help break the power of poor body image and to start seeing yourself the way God sees you:

Not Just a Physical Problem

Is your poor body image tied to issues with food? Food is a gift from God, but—like many other things—can be used in the wrong way, leading either to overeating or not eating enough. Many people turn to food when they’re unhappy. They see it as a source of pleasure and enjoyment, or avoid it altogether to accomplish an unhealthy goal. For some, food—or the lack thereof—becomes addictive because they use it to solve their problems. But using food the wrong way can make problems worse. Instead, try to discover the deeper issues—whatever is making you restless and unhappy—and deal with them head on.

Someone once wrote to Billy Graham, “Our niece is very thin, but thinks she’s too fat.” Do you know someone struggling with an eating disorder? The issue may go deeper than physical appearance.

A Story of Healing

Cissie Graham Lynch, daughter of Franklin Graham, once battled an eating disorder. “Many nights I cried myself asleep. I was angry because of what I ate, and cried because of the bondage it had over me,” she wrote.

Does God Care About Outward Appearance?

“All my cousin ever thinks about is the latest fashions… I questioned her once, but she said she didn’t see anything wrong because she thinks God must want us to look good. Doesn’t He?”

A Verse of Encouragement

God’s ways are often counter-cultural. 1 Samuel 16:7 says, “… Man looks on the outward appearance, but the Lord looks on the heart.” Encourage someone with those words today. 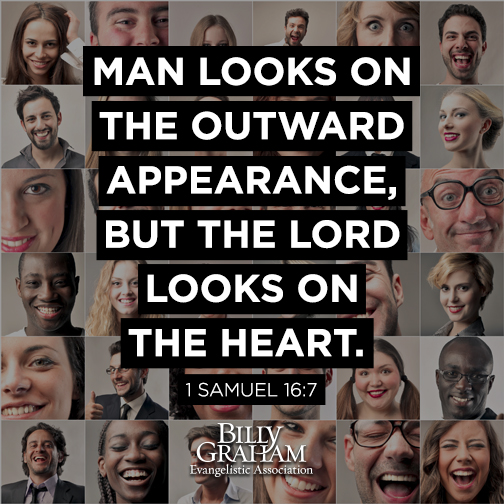 A Challenge for You

As God Himself said to His people in Isaiah 43:4, “You are precious in my eyes, and honoured, and I love you.” Because of His love, He wants to help you overcome the issues you’re facing.

If you’ve never done so, open your heart to Jesus Christ and ask Him to come into your life and guide you. As 2 Samuel 22:33 says, “God is my strength and power” (NKJV). You might also ask Him for self-control and to help you see yourself the way He sees you.

Obsession over body image isn’t just a physical or emotional problem but a spiritual one when it controls you in a harmful way. So here’s your challenge: If you struggle with poor self-image, try changing the way you think about yourself. When you wake up tomorrow, begin praising God that Christ is your Savior and that you are a child of God. Count your blessings and thank Him for each one. He made you and loves you not just for today, but for eternity. Then commit the day to God and start out by smiling at those you meet. Reject negative thoughts about yourself. Replace them with good thoughts. Be friendly to everyone you come in contact with. Take the initiative in being kind to others, and you may just find that your focus has shifted from you to others. You may also discover a happier, healthier outlook on life.