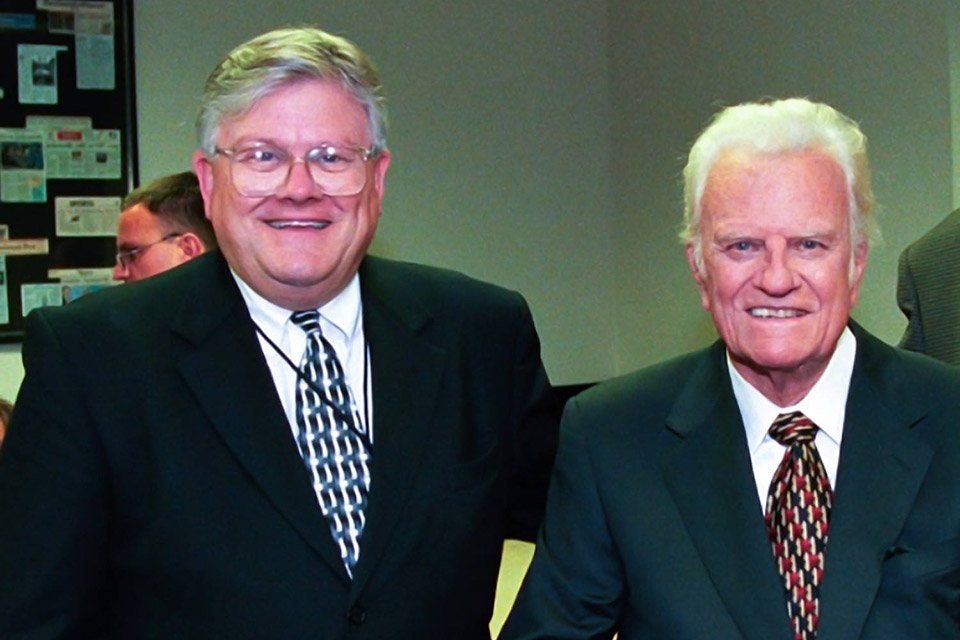 An unexpected opportunity turned into the honour of a lifetime for Maury Scobee, who spent four decades working as a personal assistant for Billy Graham and his family. After Mr. Graham’s passing in February 2018, Scobee moved into a ministry ambassador role with the Billy Graham Library.

This week, Scobee will enter a new phase: retirement. His plan is to return to his hometown of Longview, Texas. But before that happens, the 72-year-old paused this week to share a few moments he’ll never forget from his time with the Grahams.

Central Park, 1991
One thing that will forever stand out in Scobee’s mind is the sheer number of people who attended Billy Graham’s meeting in New York’s Central Park in 1991. Passersby continually turned into spectators as Graham shared a message of God’s love that day.

“Just all these unbelievable amounts of people that were all over the place,” Scobee said. “People were drawn there, and they would come and stay.”

Amsterdam, 2000
Three Crusades were held in Amsterdam over the years, but Graham was unable to attend the 2000 one because of a surgery he had. Franklin Graham, Anne Graham Lotz and other speakers shared during the Crusade still held in Mr. Graham’s name.

Scobee and Graham watched by satellite from his room in the Mayo Clinic thousands of miles away.

“He thoroughly enjoyed it, and sometimes it was a little bit garbled so we had to help fill in the blanks,” Scobee remembered. “That helped him stay focused by watching it every day.”

Muhammed Ali, 1979
Ali made the phone call himself, Scobee remembers, and he flew commercially into Asheville, North Carolina, that morning with his father and his best friend. Mr. Graham went to pick up the three of them at the airport, while Scobee went into town to get some Kentucky Fried Chicken, per Ali’s request.

“That was very special,” Scobee said. “They stayed quite a few hours.”

“He wanted to go to that movie, so we actually went, and he liked it so much I think we went a second time,” Scobee said.

The surprising part happened months after the film release when Mr. Graham was invited to the White House for an event. The stars of the motion picture were not only invited but also sitting at Graham’s table, Scobee said.

50th birthday party
You’ll notice most of the memories above have to do specifically with the Graham family. Scobee devoted 40-some years of his life to serving behind the scenes as Graham shared the Gospel with millions worldwide. Scobee worked quietly, tirelessly and never lost sight of Proverbs 3:6, which declares, “In all your ways acknowledge him, and he will make straight your paths.”

“[Graham] talked about Maury, about when they met,” Scobee’s brother Greg remembered during a phone call. “Basically, he said, ‘Before we had Maury, we didn’t know what to do, and after we got Maury, we didn’t know how to do it without him.’ Basically, Mr. Graham was saying we just wouldn’t have made it all those years without Maury.”

In a life filled with precious memories serving the Lord, it’s one Scobee will never forget.

You matter to God. Learn more about his everlasting love today.