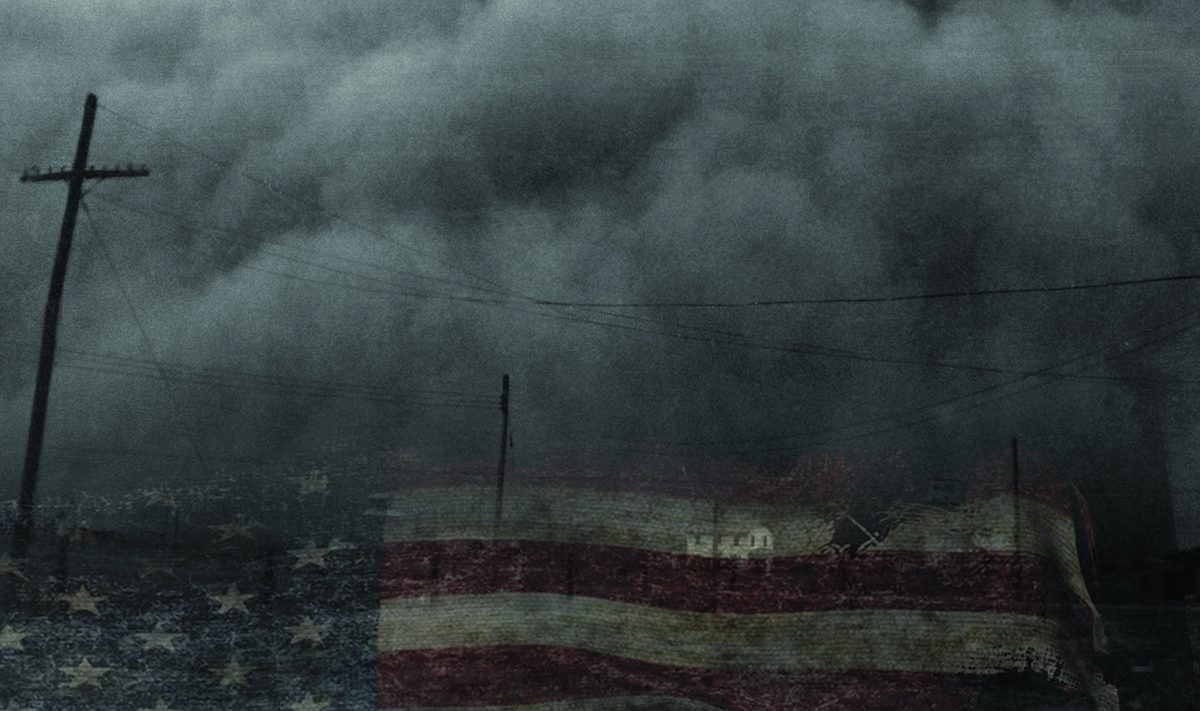 We are in the midst of a series of pandemics. We began 2020 with the coronavirus pandemic. Then we had the death of George Floyd, which led to a racial pandemic, and that was followed by the economic and political pandemics, which still plague us to this moment. In every direction we look, there is chaos, conflict and instability. In the Book of 2 Chronicles, we find a similar situation. “In those times there was no peace for him who went out or him who came in, because many disturbances afflicted all the inhabitants of the lands. Nation was crushed by nation, and city by city” (2 Chronicles 15:5-6).

With all this chaos, I would have thought that we could blame the devil. But we are hit with a phrase at the end of verse 6: “For God troubled them with every kind of distress.” The world was a mess, and instead of it being blamed on the devil, God said, “Blame Me.” Now, suffice it to say, if God is your problem, it doesn’t matter who you elect to lead you in the worldly realm.

“What we are seeing in our culture, our country, and perhaps even in your home life, is what it looks like when there is a distance between God and a person or a people. The closer the God of the Bible is to a situation, the more ordered the situation will become. The further God is from a situation, the more chaotic it will be.”

What you and I have been going through is the passive wrath of God. In the Old Testament there is the active wrath of God, where God directly comes down and expresses His anger against sin. He rains down fire and brimstone on Sodom and Gomorrah. He floods the earth with Noah. He opens up the earth to judge Korah. But in the New Testament, something happens. The death of Jesus Christ reconciles the world to God (2 Corinthians 5), and in this New Covenant age, we have the passive wrath of God.

Romans 1:18 says, “For the wrath of God is revealed from heaven against all ungodliness and unrighteousness.” And in verses 24 and 28, we see the same phrase, “God gave them up.” In other words, God released men to live life without Him. The passive wrath of God is not fire and brimstone being rained down like it was in the Old Testament. It is God saying, “Since you don’t want Me, I’m going to let You experience life without Me.”

So, what we are seeing in our culture, our country, and perhaps even in your home life, is what it looks like when there is a distance between God and a person or a people. The closer the God of the Bible is to a situation, the more ordered the situation will become. The further God is from a situation, the more chaotic it will be. While you may be able to manage a situation because of the education you have, the economics you possess and the people that you know, what you can’t get is divine assistance—unless the presence of God is connected to it.

The question is, why did God cause this distress? Second Chronicles 15:3 gives us three reasons.

The Bible has a word for this. It is the sin of idolatry. Now, we don’t typically have physical idols like some people in other parts of the world. We have American idols. Sophisticated idolatry. For example, some of the racial conflicts that we are having today are happening because race has become an idol.

In Galatians 2, we find the Apostle Peter eating and fellowshipping with the Gentiles—until some Jews showed up. Then he got up and left the Gentiles because he didn’t want to offend his race. You can imagine how the Gentiles felt. The Apostle Paul condemned Peter’s actions because he said they insulted the truth of the Gospel.

By the truth of the Gospel, Paul wasn’t talking about salvation. Peter was already saved. You see, there’s the content of the Gospel that takes you to Heaven, but there’s also the scope of the Gospel, which brings Heaven to earth. Peter was messing with the scope of the Gospel. And that’s why Paul tells him in Galatians 2:20, “I have been crucified with Christ; and it is no longer I who live, but Christ lives in me; and the life which I now live in the flesh I live by faith in the Son of God, who loved me and gave Himself up for me.” Paul was saying, “Peter, you’re too Jewish. My identity is in Christ, and yours should be too.”

When we place racial or ethnic identity above our identity in Christ, we forget God’s amazing grace. We forget the Son of God, who loved us and gave Himself for us that we might be reconciled to God and reconciled to others. We must die to any identity we have that is independent of Christ.

The idol of politics has also trumped the true God. We have allowed politics to divide the church, as though God rides the backs of donkeys or elephants. In the Book of Joshua, Joshua was about to tackle the walls of Jericho when he looked up and saw a Man with a sword. “Are you for us or for our enemies?” Joshua asked. The Man said, “I’m neither on your side, nor am I on their side. I’m Captain of the Lord’s army” (Cf. Joshua 5:13-15). This Man—the pre-incarnate Son of God—is saying, “I didn’t come to take sides. I came to take over.” Our problems are not going to be solved by Air Force One—not if God has caused the distress.

The second reason for the distress is that Israel was “without a teaching priest” (2 Chronicles 15:3). There were plenty of priests, but they were not communicating divine truth. The Word of God was not the standard by which communication took place.

See, we’ve got Christians and preachers who are changing books. The Bible says in Romans 13 that God created government, and every ordinance of God is to be applied to government. You don’t switch books. The Scripture says, Israel was “without a teaching priest.” The Word of God was not the standard.

“Truth is an absolute standard by which reality is measured. When you do not have a divine standard, there is no governance to superintend human opinion.”

The third reason God caused distress is that Israel was “without the law.” People made up their own rules. Everybody was doing what was right “in their own eyes” like in the Book of Judges, and the same thing is happening today. We’ve got no rules, new rules, your rules, my rules. It’s my truth; it isn’t the truth. Truth is an absolute standard by which reality is measured. When you do not have a divine standard, there is no governance to superintend human opinion.

Throughout the Scripture, whenever God wanted to reorient and reset things, He would disrupt them first. I call this divine disruption. So, either we’re on the verge of the Second Coming of Christ, or God is doing a major reset. We have nothing to say about the former because that’s in God’s hands, but we have everything to say about the latter, and the solution is given to us in 2 Chronicles 15:4: “But in their distress they turned to the Lord God of Israel, and they sought Him, and He let them find Him.” In other words, He wanted them looking for Him.

As we continue in 2021, we need to be looking for God. We need to prepare for Him to intervene in our lives, in our circumstances and in our world, through fasting and prayer, so He can resolve the distress. In Exodus 33, God offered Moses a great blessing. He said, “Moses, there’s the Promised Land. It’s flowing with milk and honey.” Moses said, “If you don’t go, I’m not going.” That was a test. Do you want the blessing or the Blesser?

In our days of fasting and prayer, when we feel the pains of hunger, they are to remind us to be hungry for Him. Because when we pursue Him, He is more than enough to meet us at our deepest need.

9/11 was a day that will live in infamy in our country. That’s because 19 men from halfway around the world invaded our nation and brought us to our knees. Nineteen men in the name of their god changed our nation forever. If 19 men in the name of the wrong god can change a nation forever, what do you think thousands of men and women who are fully committed to Jesus Christ can do when they are on fire for Him? ©2021 The Urban Alternative

Adapted by permission from a January 11 sermon at Milestone Church in Keller, Texas.

Scripture quotations are taken from The New American Standard Bible.

Tony Evans is senior pastor of Oak Cliff Bible Fellowship in Dallas and founder and president of The Urban Alternative. For more information, visit TonyEvans.org.